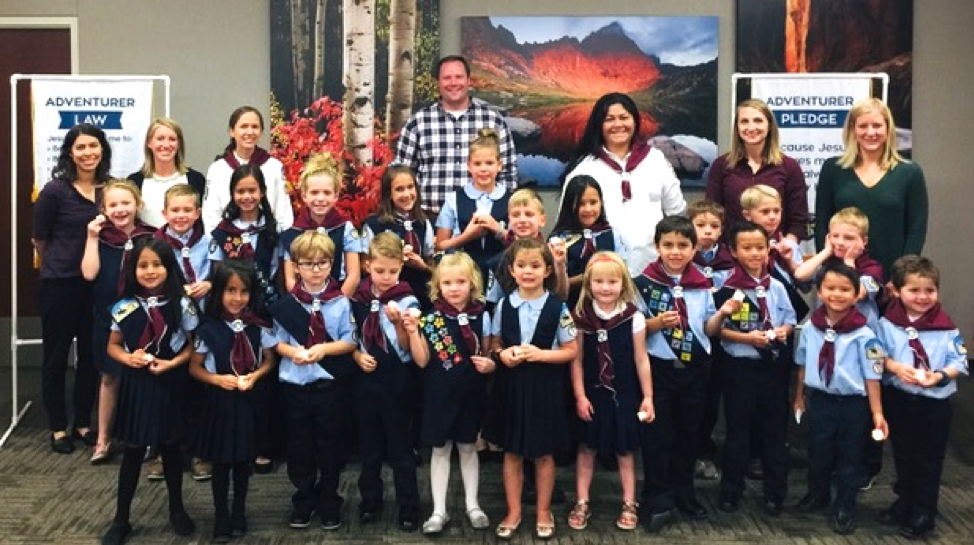 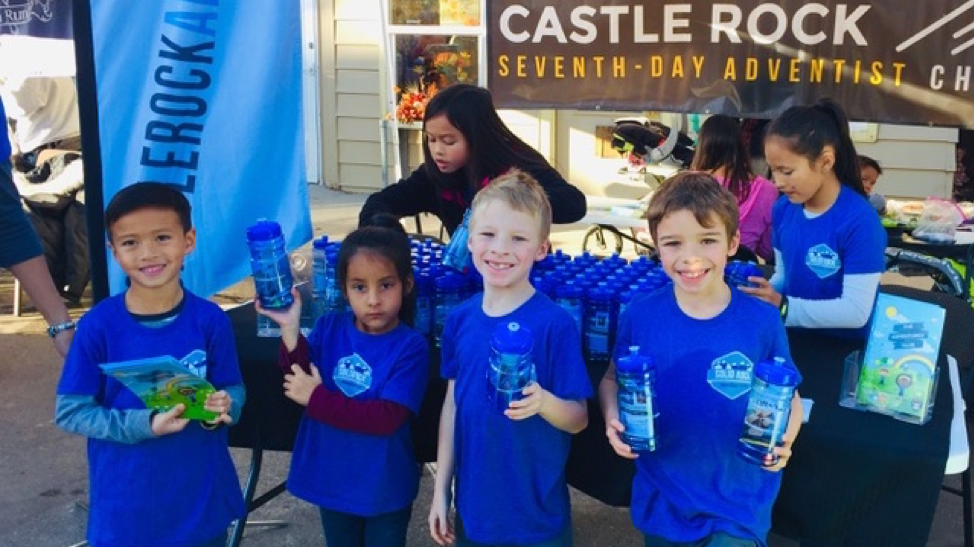 Castle Rock, Colorado … The Solid Rock Adventurers, a ministry of the Castle Rock Seventh-day Adventist Church plant, have begun their second year as a club with a total of thirty-one Adventurers, sixteen of whom were inducted as first-time Adventurers on November 9.

The induction service solidified for participating families that Adventurers “isn’t just another activity to drop kids off for but a way to deepen family bonds and spiritual connectedness,” says Debbie Miranda, the club’s co-director. Carolina Meneses serves as the club’s other co-director and loves how Adventurers not only provides fun activities but “reinforces heavenly principles and connects us with other families with similar values.”

This year, participating families come from several south metro churches as well as the Castle Rock community itself. They plan to enjoy bi-weekly club meetings in addition to monthly recreational outings and outreach projects. Jaimie Easley, one of the club’s instructors and a parent of three Adventurers herself, strongly believes that “we are here to serve others and this program does a great job in providing opportunities to do that on a regular basis.”

One such outreach project took place on November 23, during the town of Castle Rock’s Starlighting event that annually draws over 15,000 people out to kickoff the holiday season. The Solid Rock Adventurers took advantage of this community experience not just to promote their club but to give people a reminder of the real Reason for the season — the gift of life in Jesus.  Club members and their parents invited passers-by to snap family pictures in a nativity-themed photo booth and enthusiastically gave away custom-branded water bottles filled with kid-friendly GLOW tracts and holiday candy.

“C’mon, how can you not stop and take a picture with baby Jesus?” one dad said as he posed for a selfie with his kids and thanked the Adventurers for their efforts.