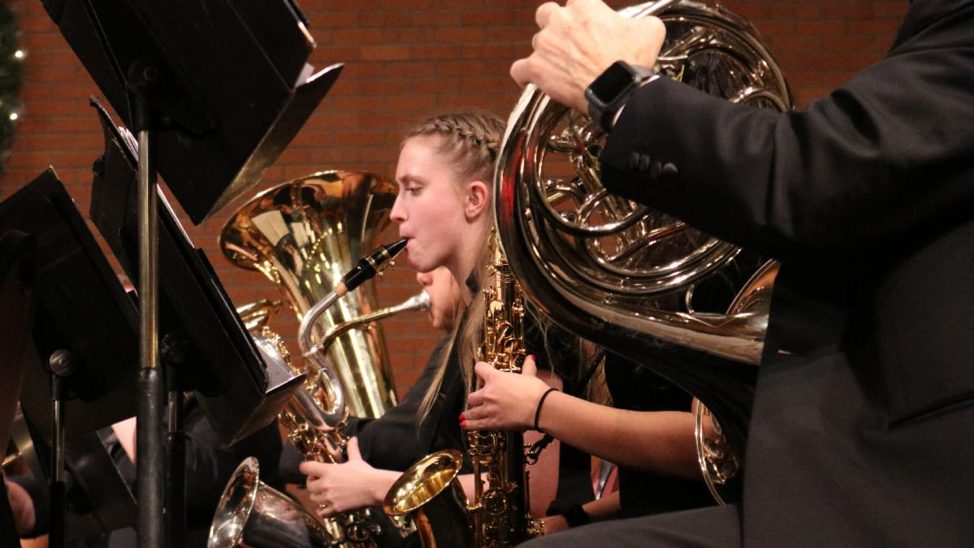 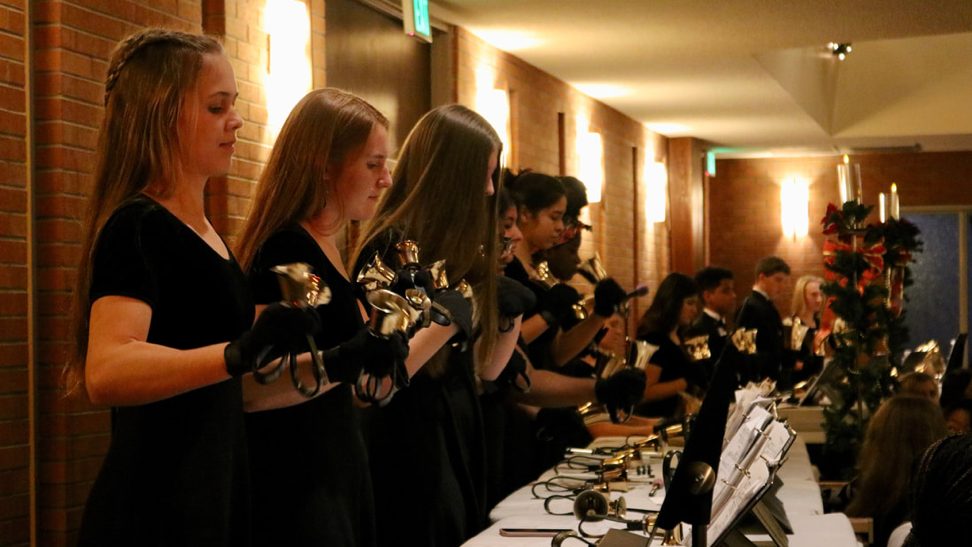 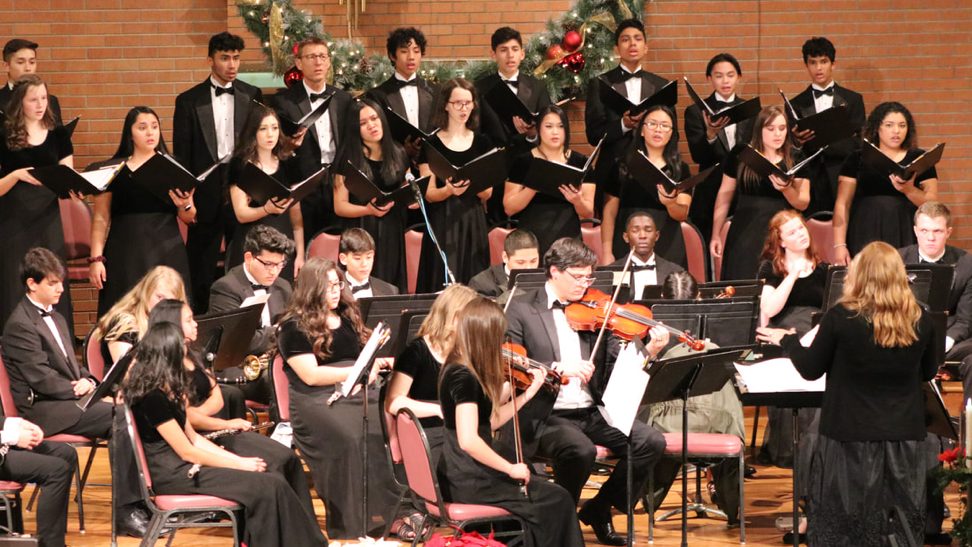 Loveland, Colorado… The musical concerts at Campion Academy attract visitors who love to hear quality performances. A December 14 was one of those days as the Campion Academy choirs, orchestra, and handbells prepared a program of Christmas music from around the world. Apart from the main program in the afternoon, they also performed in Campion Church on Sabbath morning.

The program began with a Spanish orchestral piece with three movements conducted by Yves Clouzet. They practiced that music for almost two months and they performed well, as Brizney Espino, a freshman, commented later that, “it was awesome! I loved it so much; I wanted to hear the last one [movement] again.”

The choir’s main song was a Nigerian Christmas carol. It was a truly African style music, which included three different drums and no other instrumental accompaniment. “I loved it because it was so culturally enriching, and it was fun to perform,” said Amira Davis, one of the choir singers and hand bell ringers.

Orchestra concluded the program with Russian Christmas Music. The audience could do no other but to give musicians a standing ovation.