Welcome to the Rocky Mountain Conference

Located in the Mile High City of Denver and nestled among the majestic Rockies, we are the administrative headquarters for the Seventh-day Adventist Church in Colorado, Wyoming, and San Juan County, New Mexico with more than 17,600 members, 60 pastors serving 133 churches, 22 schools, two camp retreat centers, and five hospitals.

The Rocky Mountain Conference is a regional organization in the Mid-America Union, which is one of nine unions in the North American Division. We are part of the worldwide Seventh-day Adventist family of 21 million Christian believers with a presence in nearly every country around the globe.

We offer you the resources in this website, praying they will be helpful to you as we work together to glorify Jesus. Please make yourself at home and wander around the site getting to know our staff and finding out how we can serve you. Your suggestions for making this website even more useful and effective are always welcome. 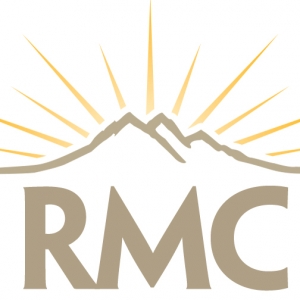 The first-known Seventh-day Adventist in Colorado was a young girl who came across the plains of Kansas in a covered wagon in the 1860s during the Pike’s Peak Gold Rush. After finding work in a Denver home and marrying a miner named Shaw, she and her new husband made their home in Golden. The second known Adventist in the territory was Mrs. Amy Dart, who was among the group of believers who expected the Second Coming of Jesus in the 1844 Movement and who accepted the Sabbath as the biblical day of worship when living near Baraboo, Wisconsin. She settled in Boulder in 1872 and was well known for her missionary activities. The pioneer Adventist history in the region includes Mrs. Cora M. Thayer (later Mrs. Cora M. Jones). She and her two little girls, Bertha and Myrtle, settled in Georgetown. These three “lights in the darkness” of scattered mining towns ignited other Advent flames in the region.

The work of one unnamed man in Montrose, combined with established congregations in Boulder (1870s), Longmont (1880), and Denver (circa 1880), and the presence of James and Ellen White, who held the first formal series of Adventist meetings in the history of Colorado, setting up a personal summer retreat in the state in 1872, led to the 1882 establishment of the Colorado Conference. In just over a decade, driven by a dynamic sharing of the Gospel and emphasis on Scriptural truths, the Adventist presence in Colorado had grown enough to receive recognition as an official conference. For the next 100 years, the ministry in the Midwest continued its growth and the Colorado Conference later merged with the Wyoming Conference to become the Rocky Mountain Conference in 1981.

Colorado was one of the first states evangelized by pioneers, and the Boulder Sanitarium was the second Seventh-day Adventist healthcare institution in the United States after Battle Creek Sanitarium and Hospital under the direction of John Harvey Kellogg. Several Adventist pioneers, including Ellen and James White, visited Boulder, and while regaining their health, they organized Seventh-day Adventist evangelistic meetings and were instrumental in establishing a foundation for Boulder Sanitarium. It was in Boulder that the first Seventh-day Adventist congregation was established on August 2, 1879 with 40 charter members. Both Ellen White and James White, who at the time was president of the General Conference, were present at inauguration of the new congregation. The sharing of early Adventist literature, as well as camp meetings and numerous small Bible-study groups led to organizing churches in Denver, Colorado Springs, Longmont, Fort Collins and on the Western Slope.