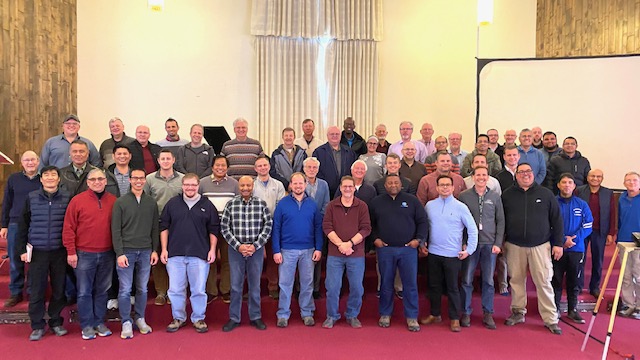 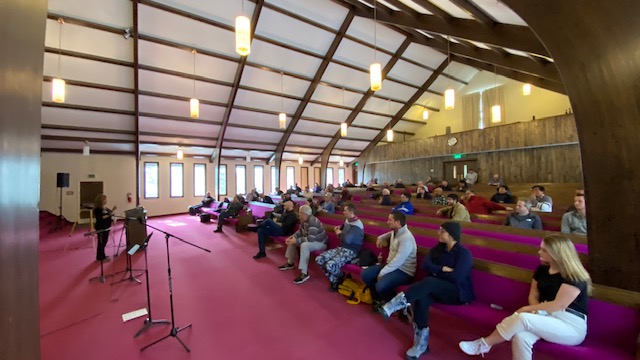 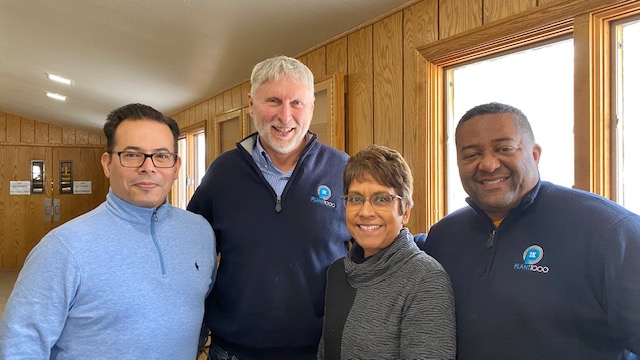 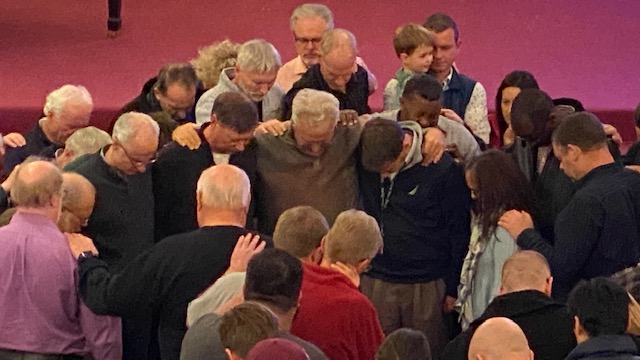 Glacier View Ranch, Colorado… Planning for church growth was one of the main features of the 2020 Rocky Mountain Conference Pastors Retreat.

The annual gathering of pastors from nearly 130 congregations in the Rocky Mountain Conference met January 5-8 to further “learn ways to make Christ known in RMC,” said Mickey Mallory, RMC ministerial director, and organizer of the retreat.

“If we are not planning to grow, we are going to die [as a church],” said Jose Cortes Jr. associate ministerial director for North American Division, one of the presenters at the retreat. Cortes called for a re-focus of our mission throughout America.

“Growth is not going to happen unless we envision it,” Cortes said in an interview with NewsNuggets. He continued, “If we don’t believe it’s going to happen, it’s never going to happen. Many times, it begins with the pastor and with the leadership. If we believe that we can grow and we begin praying about it and we can begin planning with our church members about it, I see a difference taking place when you have pastors that they believe that they’re going to grow.”

The retreat was “designed to give our pastors practical tools to help them be more effective in their ministry,” Mallory explained. It brought together 80 ministers, some with their spouses. In a parallel program on two mornings, Shepherdess meetings were organized for spouses of the ministers.

Ivan Williams, who has served as NAD ministerial director since 2010, commented on an often-heard comment remark among the younger ministers that there’s a problem is with the church continuing to worship tradition rather than Jesus Christ. He said that “Unfortunately, sometimes the institution is revered more than the mission. We have to change that. We have to fight that. Every institution is in the business of keeping itself alive, but the church has not been called to be an institution. It has been called to be an incarnational, missional entity, a movement, and we have to really focus on that or else we’re just a club. And if we want to stay a club and remain an institution, we know they all have death cycles.”

Williams commented on what motivates him not to give up on the future of Seventh-day Adventist ministry. “I think what motivates me to go beyond is the future of our ministry. We are getting older and passing on to the next generation the fact that God is still calling young people. We need to make it cool again to work for the Lord, to work for the church. I also believe the harvest is still plentiful [even though] Christianity is still dying in western countries. That’s always a challenge for us. So, to go way beyond means for me to really be all in, to impact the next generation, to pass on the legacy, a calling, an attachment to the gospel that they can share,” Williams said.

The retreat presenters also included two more members of the Ministerial Department team from North American Division (NAD), Ester Knott and Dave Gemmell. In their presentations, they encouraged the RMC pastors to consider many and varied resources available to ministers in North America. Among other presenters were Mic Thurber, Mid-America Union Conference ministerial director, Leander Tomazelli, NAD Risk Management Account Executive, as well as administration and ministry leaders from RMC.

“I was struck by Jose Cortes Jr., when he respectfully said, ‘People were not attracted to Jesus because of His clothes, nor because of His diet, or His taste in music. They were attracted to Jesus because He cared about them.’ Amen to that,” said Shayne Vincent, pastor of the Casper, Wyoming district. “It is so refreshing to hear spiritual truth remaining strong with our leadership,” he added.

“Kicking off the year with a ministerial retreat provides our pastors with a boost as they prepare to make a difference in their family, church, and community,” commented Mallory. “The retreat far exceeded expectations. The presentations were informative and very practical. The meals were superb with a number of healthy options,” he commented.

“I love our pastoral team,” Ed Barnett, RMC president said in his farewell. He again, as in previous gatherings, said that “we hire pastors to grow healthy churches.” He encouraged the RMC ministers to “preach biblical sermons on stewardship. It’s a benefit to our people to be involved in stewardship.”

Commenting on the retreat, Anton Kapusi, pastor from Pueblo, said that the gathering “has showed me, as a new arrival, that pastors can be friends and on the same team with the leadership and that the leadership could embrace and empower the pastors on the front line not only on the organizational [level], but also on a spiritual level.”

For Lee Lee Dart, lead pastor of The Adventure Church in Greeley, two areas stood out at the retreat. She particularly appreciated that “pastors were given a good chunk of time for rest and relaxation, unlike at previous meetings.” She welcomed having to put faces to names for the North American ministerial leaders. “Often, we are so involved with the microcosm of our own little world in our [local] church that we don’t understand the bigger picture. Meeting these leaders broadened my view of the church,” she added.