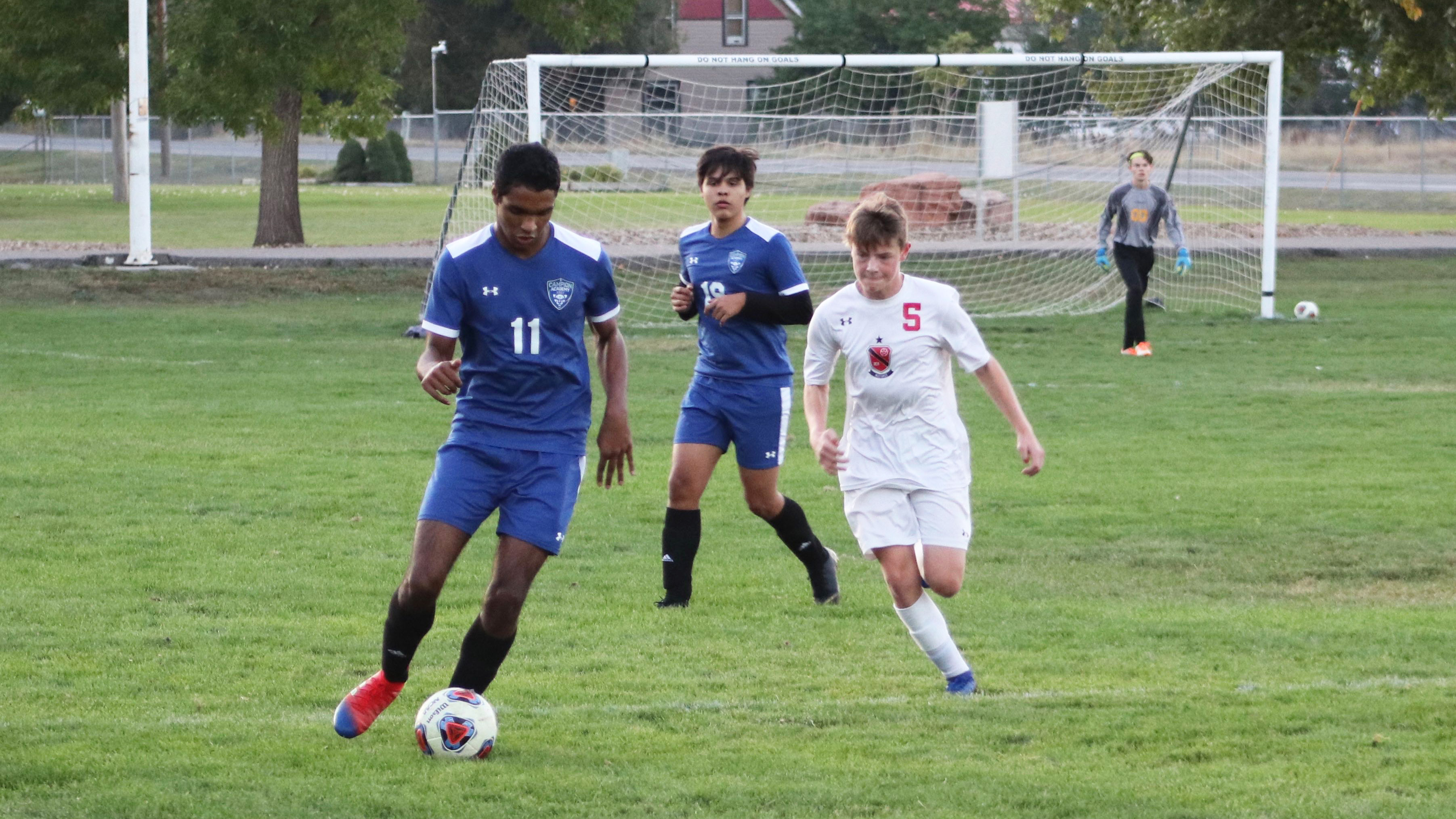 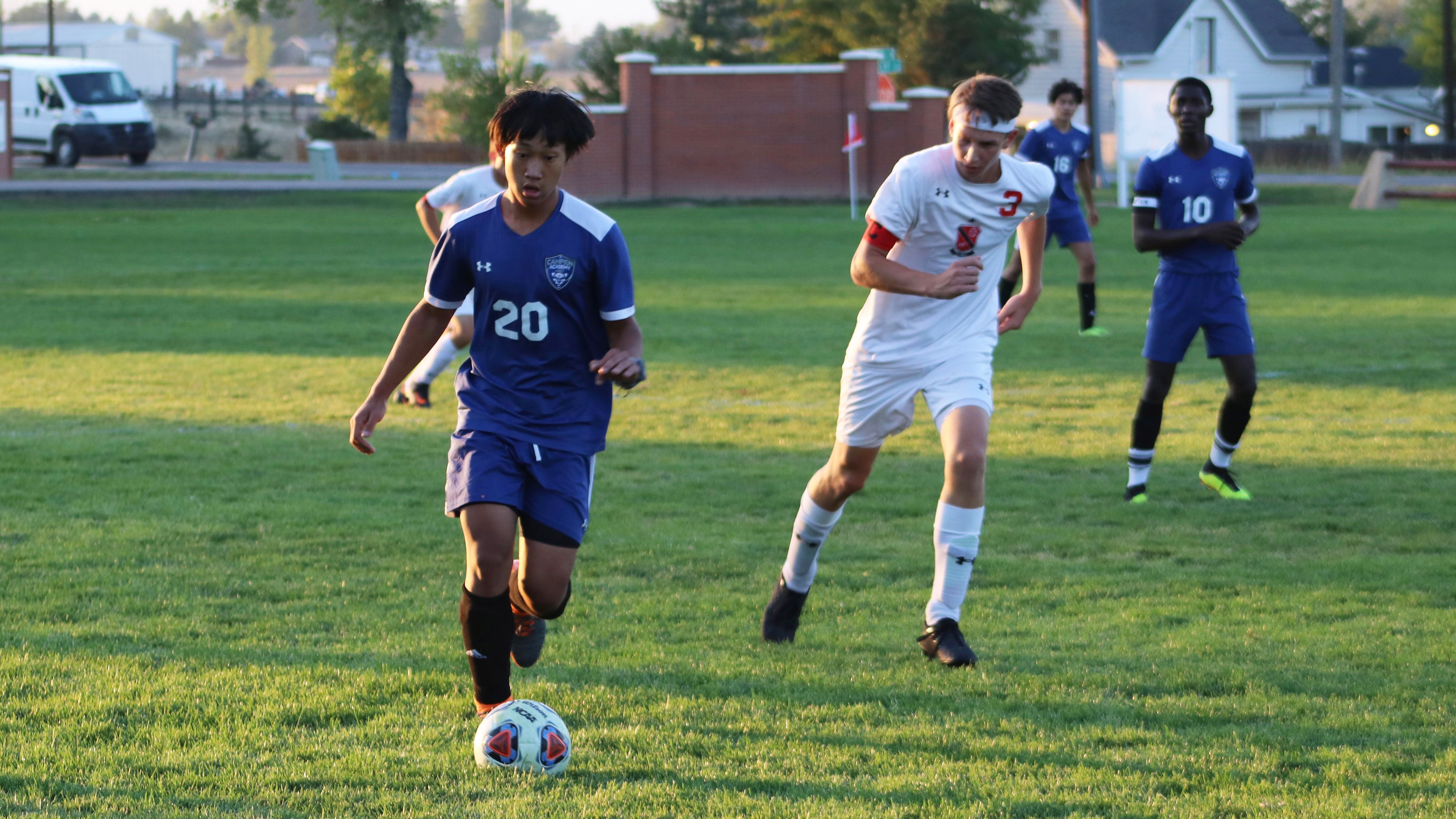 Loveland, Colorado… Standing at the sidelines of a Campion Academy soccer game it is easy to notice two things. The first is how well this team knows and enjoys the game, and the second is how different they look from the teams that they play in Northern Colorado. The Campion soccer team is very diverse, with people from all backgrounds and ethnicities such as Latinos, Asian-Americans and international students from places like Brazil and the Democratic Republic of Congo. With so much diversity comes many languages including English, Portuguese, French, and Spanish.

One would think that with so many different languages there would be a lot of confusion, but that is not the case. “Some of the newer Brazilians don’t really understand English that well, but if you try to explain it, it will be easier (for them) to get it,” Jeremy Matondo, an international student from the Democratic Republic of Congo and a captain on the team, explained.

“There are not many miscommunications. It’s kind of funny, for the people who don’t understand English as well, the people that can speak their language will explain it to them when Mr. O is talking,” Grant Velbis added.

Even their coach, Randy Ottschofski, speaks a different language, naming many of his plays after German words and names including Mueller, kimmich, and angriff, which means attack. Erick Maldonado, a captain on the team said, “He’ll call it out and yell, ‘Go Kimmich, go Kimmich!’”

“Then everybody will go Kimmich, it’s like a chain reaction,” Caleb Wehling added.

All of this diversity on the soccer team has only enriched the game for the players. “It’s cool how all of us, even though we’re from different backgrounds and speak different languages, have been able to work together really well and we’ve had a really good season this year,” Velbis said.

The Campion soccer team just finished their regular season undefeated 9-0 and 1, and it is safe to say that one reason for their success is that they have been able to benefit from everyone’s unique view of the game. The team is heading into their final tournament of the year at Union College this week.

“It’s fun to play with people from a different background. They have different ways to play the game and a different understanding of the game and it’s such a nice thing to do with them, to play with people who are not from where you are from, and it just brings you closer,” Matondo explained, “Sometimes we don’t talk to each other in the dorm, and soccer is a way to get closer to each other and be friends.”

Campion’s international program and soccer team have brought people together at Campion because even if the players are very different, they can still enjoy the beautiful game of soccer.