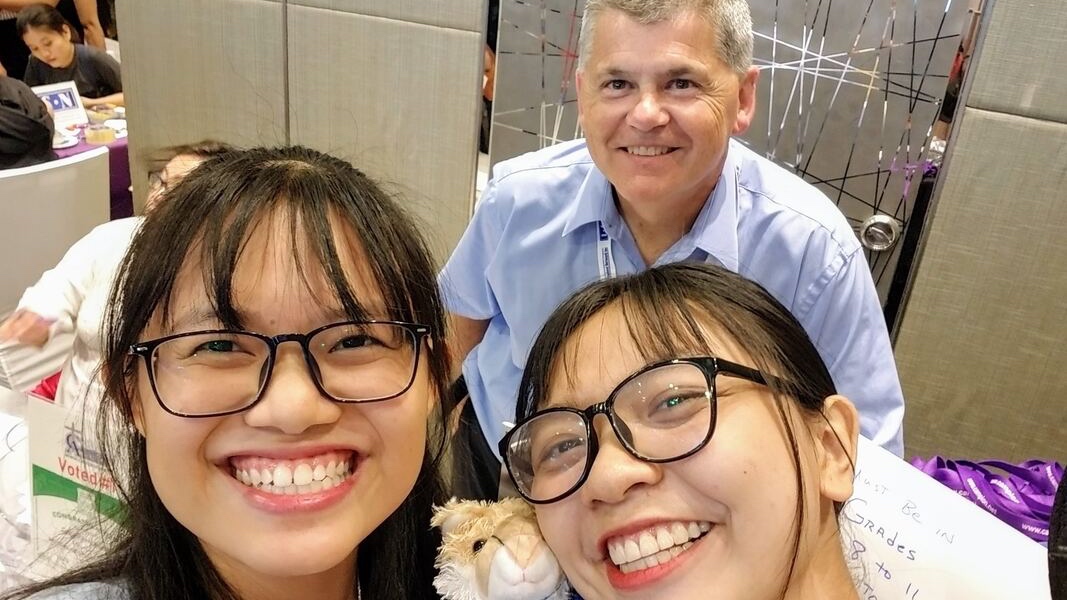 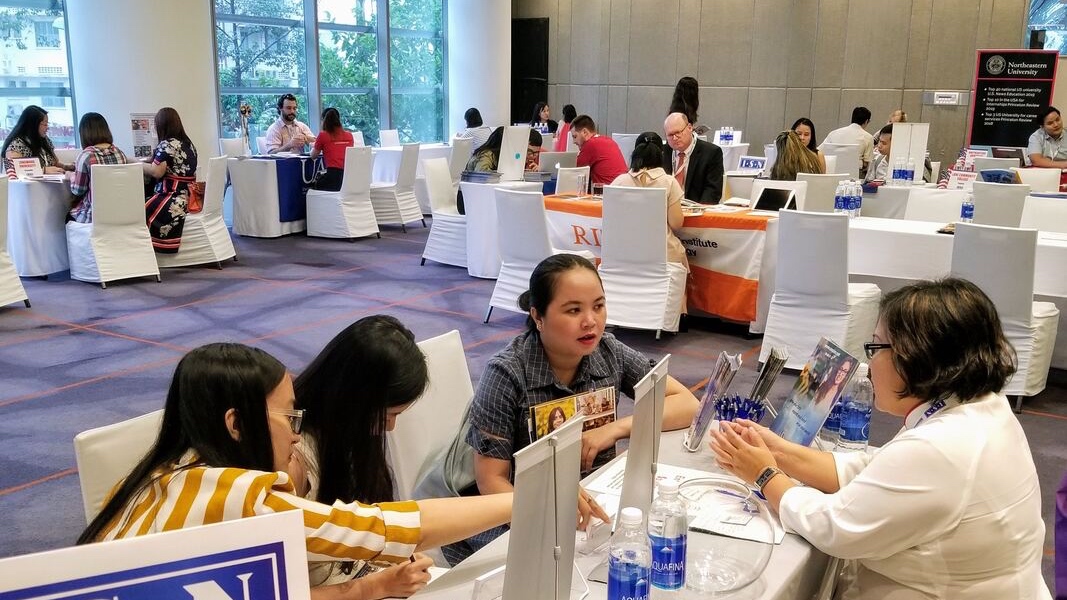 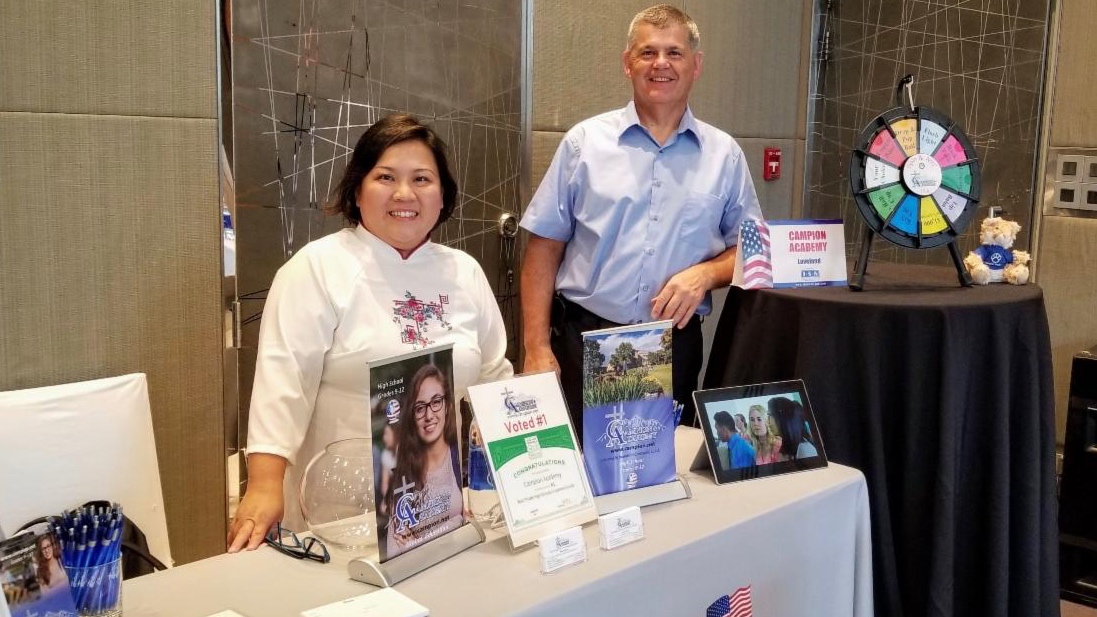 Helm and Forshee manned a booth for Campion Academy complete with interactive activities, Helmdini magic, Campion gear, and brochures outlining the international program.  Campion was the only high school that traveled with 19 universities representing their programs.  While the expos were mainly marketed for students interested in universities, a large percentage of the attendees expressed interest in Campion’s high school program.  “When visitors found out we were a private boarding high school from the U.S., we had a great deal of interested students, parents, and agents wanting to find out more about our program,” explained Helm.

“You could visibly see faces light up repeatedly as they realized what we were all about.  We had a prize wheel at our booth that drew interest from nearly everyone who entered the fair location,” he added.

The recent tour visited countries where Campion has not previously marketed its program. Helm explains, “I was very satisfied with the overall reactions and support that we received from interested parties, as well as from the universities we traveled with.  I would consider the trip a success.  This was the first step in opening up new international markets for us, which I feel supports our overall mission of our school.  Relationships are very important as the school seeks to find students from around the world to minister to, while they seek out educational opportunities.

According to the Campion recruiters, “this trip created new relationships that we intend to keep developing as we walk through the doors that God opens for us.  When we receive actual applications from potential students, it will be easy to gauge the success of this trip in human terms.  But until we see actual applications, we will continue trusting God to touch lives through us in ways we can’t measure.”

“Campion sees recruiting internationally as part of our mission of telling the world about Jesus,” Reeder commented. “I believe that having diverse cultures in our school enriches the experience of all of our students.  It is important that all students learn that God is the Father of all nations and He seeks to reach the whole world. Students who attend and graduate from Campion Academy will be prepared to live and work together in this world where cultures are so intertwined,” he added.