By Jon Roberts – Highlands Ranch, Colorado … Laughter, applause, a starry night atmosphere, and a snow-filled Mile High Academy gymnasium was the venue on December 9 as MHA students presented the annual Christmas music performance.  This was a special event for the community as last year’s concert was virtual due to the pandemic, and missing the fellowship that online events cannot provide.

The “Nine Lessons and Carols” program, also known traditionally as the “Festival of Nine Lessons and Carols,” featured students from preschool to 12th grade.  The program told the story in nine short Bible readings of the fall of humanity, the promise of the Messiah, and the birth of Jesus.  Christmas musical favorites were interspersed between the readings.

The event was assembled under MHA’s temporary music teacher Nic Davies in six weeks.  Davies is assisting MHA while the search for a full-time music teacher is underway.  Along with Elevated Music Center, a music school located in Centennial and Superior, Colorado, he worked with MHA’s different grades to create an act that was unique to each level.

Davies has enjoyed teaching the students and getting to know them over the last six weeks. “I came in blind, not knowing what instruments I’d have, what skill levels, and they all continue to surprise me every day. They’re extremely talented, and we made lemonade out of the mismatch bunch of instrument lists that we had, and it came together beautifully,” Davies said.

Adding to the atmosphere, the gym’s ceiling was lined with Christmas lights, giving the impression of being under the stars. Everyone was cheering when snow finally arrived in Denver Metro by falling from above the stage during several acts.

Various instruments were used, from bells, violins, and boom whackers; however, Davies was especially proud of one group. “My favorite part of this whole thing–I’m particularly proud of my fifth-grade ukulele ensemble. They’re excellent.”

Parents watched in awe as their children masterfully performed the musical numbers, and by the applause and smiles on their faces, it was evident parents were proud of their children’s hard work and effort.

“I’m so glad we could have a Christmas program, and my daughter did great, and I loved seeing her upfront,” remarked Brodie Phillpott, parent.

“I loved the Twelve Days of Christmas because Caleb (son) kept clashing the cymbals in Ian’s ears (Caleb’s classmate and friend). I just enjoy[ed] the enthusiasm of the night.  It was so great to be back in person and to have a music teacher at MHA.  It was a beautiful night,” Daniel Warner, parent, said.

Students also enjoyed the evening and could see that their hard work paid off.

“I enjoyed singing the most.  I practiced hard for five to six weeks,” commented fifth-grader Lily.

Rosey, a third-grader reflected on the event, “the hardest thing about practicing my song was getting the right beat. I memorized the notes but sometimes it was hard to know when to go faster or slower.”

According to Andrew Carpenter, principal, the program was a success for Mile High Academy.  “I’m super excited that we were able to come together as a Mile High family and celebrate our kids and their talents. God is good, and we’re thankful that we were able to put a program together in a short amount of time. Being able to see everybody here and our Mile High family gathered, to listen to our kids was the most enjoyable part of the evening.” 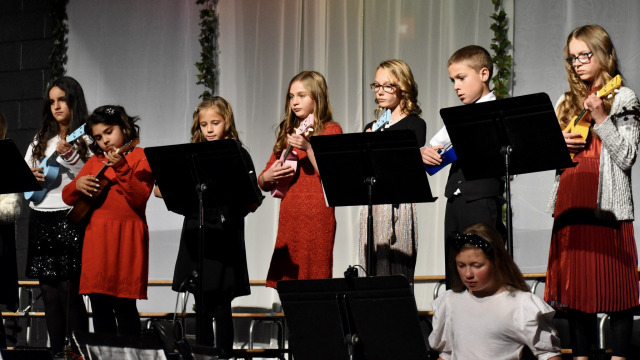 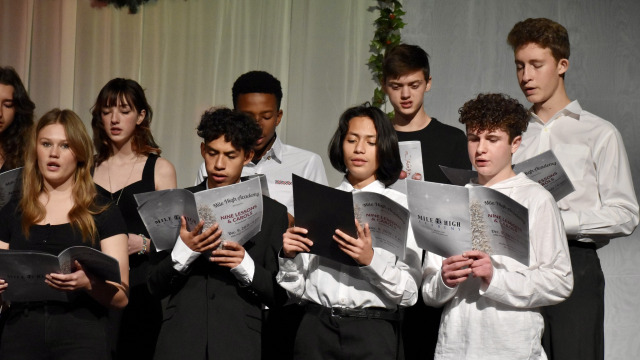 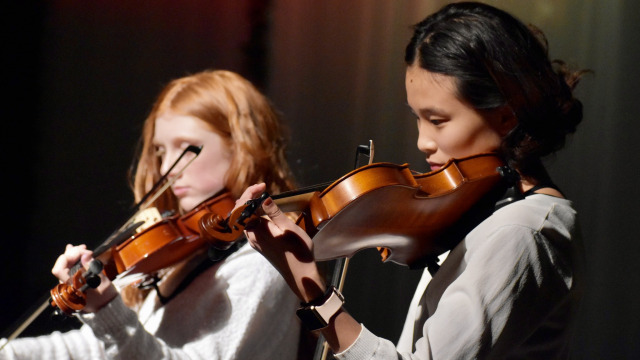 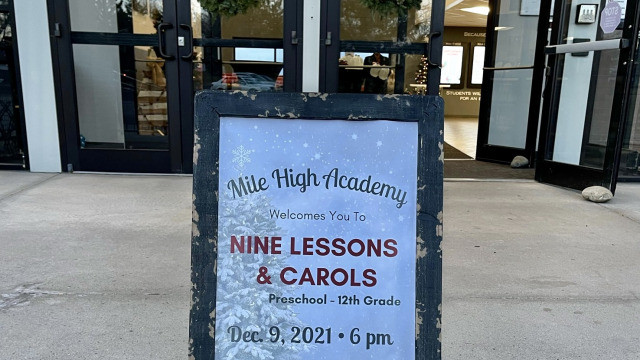