By Muriel Indermuehle with Jill Harlow – Loveland, Colorado … After attending public schools all her life and starting her freshman year online due to COVID, Lily Testardi knew it was time for a change. She longed for a closer community in high school, so she asked her parents if they would consider sending her to boarding school.

Her father, Richard Testardi, told her to look into it and replied, “It’s a possibility, provided it is a Christian boarding school we can trust.”

Lily searched for Christian boarding schools near where they were living in Boulder and found Campion Academy. They were familiar with the area because they had previously lived in Berthoud and were excited to learn that Campion was continuing to provide in-person learning.

Richard explained, “We scheduled a tour the next day, and could instantly tell that Campion was different, that it was a place where people truly loved God and others.” The Testardis were not Seventh-day Adventists but were open to learning more about the church.

“It also felt like a place out of time,” Richard continued. “Students were less distracted and shallow than anything we had experienced recently, especially anything from public schools. Kids were not constantly on their phones, were friendly to adults, and actually had jobs in addition to school. And there were even rules (mostly about sex and drugs) that you could break and get kicked out for. Contrast that to our public schools that nearly celebrate any form of dysfunction, experimentation, or rebellion.”

In January, Richard, his wife Isobel, and Lily moved back to Berthoud and enrolled Lily as a dorm student at Campion Academy to complete her freshman year. “For the first time, we actually felt like we could trust a school with Lily’s well-being, even for overnight trips, even for trips out of the country,” Richard reflected.

The positive experience Lily had at the academy caused her and her parents to want to study the beliefs of Seventh-day Adventists. Richard shared, “We started a crash course to understand the Seventh-day Adventist denomination and found one pleasant surprise after the next (along with no shortage of controversy in this world of social media hyperbole). We found that everything hinged on Jesus, the Bible, and love! We have been totally welcomed and never judged.”

Lily, along with her mother Isobel and her father Richard, were baptized at the Campion Church on November 6th. At her baptism, Lily shared, “I know that God’s way is much better than anything I could have come up with on my own, and I know I am ready to enter into this covenant with Jesus.” 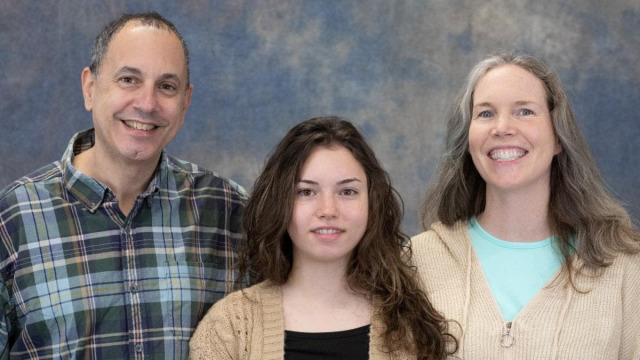