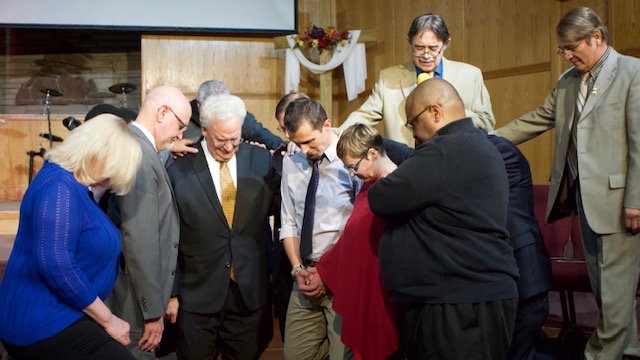 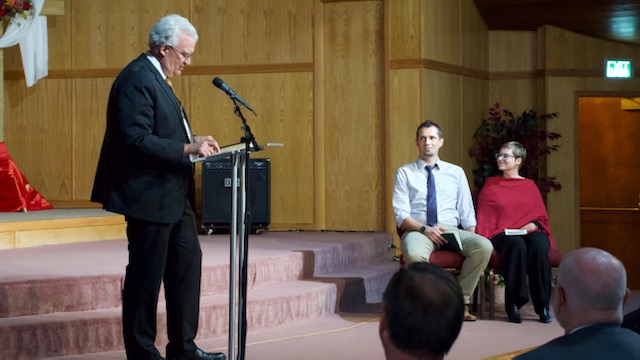 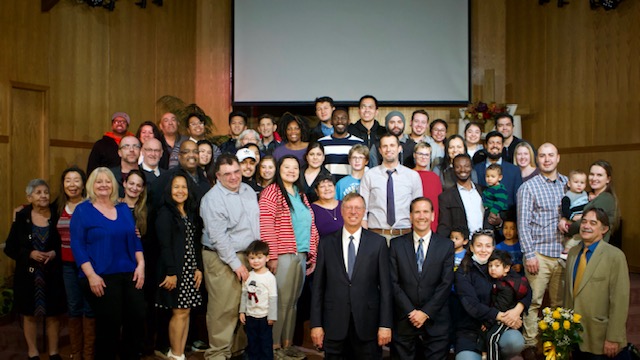 Arvada, Colorado … “We are blessed to have pastors in the Rocky Mountain Conference like Miloš, who put their heart and soul into ministry,” remarked Mickey Mallory, RMC ministerial director. His comment underscores the value of Seventh-day Adventist ministry and was made at the occasion of the ordination of Miloš Tomić, associate pastor of the Arvada church, January 18.

In the words of the newly-ordained pastor, “For me, this moment of my ordination was like Christmas morning on holy steroids. And I’m looking forward to opening my presents this year as God and I go on with this adventure of ministry.”

Commenting about the ordination, Ed Barnett said: “Miloš is an impressive young man, that God has obviously called to do pastoral ministry.  He is a blessing to the Rocky Mountain Conference and will soon be leading our downtown Denver Church plant along with his other pastoral duties at Arvada.”

Miloš is married to Jasmina, and, as he says, “Without her, I wouldn’t be half the pastor I am today. Growing up in a pastoral family, she was familiar with everything that came our way.” Barnett commented that Miloš’ wife “is a blessing in his ministry and we want to thank them for their commitment to God’s work. Praise God for such a powerful team.”

It was very apparent at the ordination service that Pastor Miloš has made a big impact on his congregation, especially the young people. Their testimonies expressed how God had used Miloš to help them in their walk with God.

The ordination service included sharing Miloš’ way into the Adventist ministry, and his early days, being raised in former Yugoslavia by atheist parents in an atheist society. “Ironically, my paternal great-grandfather was one of the pioneers of the Adventist movement,” he wrote in his biography, read during the service. Growing up among the church members in the extended family brought him back to the Adventist faith in the early 1990s, after his mother re-joined the church. She “found Christ in the Adventist church in 1992. By God’s grace, my father and I were baptized together in September of 1993.”

Miloš has been serving as a pastor for eighteen years, first in Serbia, and then was invited to serve as a youth pastor. “From the very beginning, God led me to focus on young people,” he said. After arriving in Arvada in 2006, “Pastor Gordon Anic put before me just one task: to organize a youth church.”

After a year, they had an average of 40 to 50 teens attending. “It was pretty clear to me what God wants me to focus on,” he concluded.

Commenting about his ordination service, he said that being ordained to ministry “was sure important to my parents. They’ve been waiting and asking about it for almost a decade and a half now,” Pastor Mallory added, “Pastor Miloš’ ordination service was a way of affirming God’s call in his life.”