By Logen Meyers — Highlands Ranch, Colorado … It was a hot day on the soccer field for the recent Mile High Academy (MHA) middle school Junk Scramble on October 6. The screams of 46 students, plus administration and judges, were the only things heard in the sea of green, black, and red shirts showing class spirit.

Junk Scramble is an annual event comprised of middle school students bringing random household items, placing them in a pile by their class, ready to present them when such an item is called out. Due to the pandemic changes this year, the Junk Scramble was hosted on the soccer field instead of in the gym.

The students gathered with their “junk” while Michael Armstrong, MHA’s VP of Academics, called out random items. If the student or class had the called-out item, they would race to a flag placed in the middle of the field. A judge behind each flag verified whose flag was pulled first and if the item matched what was called.

Points were awarded depending on the corresponding round number. Round One offered ten points per item where Round Four awarded fifty points per item. Other ways of earning points involved classes forming the number of their graduating year, an air raid during which every student had to drop to the ground, and a point-to-heaven, when all class members would stand and point to the sky. Classes had to be always ready as these commands would be given unexpectedly.

The sixth-grade class was the green team, who was ahead in points for the first time at the start of Junk Scramble. However, after the next few items were called, they quickly dropped behind and were in a scramble for the rest of the event. In the end, they came in third place.

“My first experience being in the Junk Scramble was fun. Some of my favorite activities were who could make the class number out of people the fastest and the badminton contests. I had a good time cheering with my class,” Rachel Philpott, sixth-grader, said.

The red team, the seventh-grade class, won the hula-hoop challenge and one of the two planking challenges. While continuously looking for loopholes in the rules, they ended up in second place.

“It was cool that middle school got to do the Junk Scramble this year, and we had a fun time working as a class,” said seventh-grader Wyatt Jerles.

The black-clothed, eighth-grade class, might have been the smallest class, but they were the fiercest and the fastest of the competitors. This team lead most of the event, including the badminton challenge, which guaranteed them the victory.

“Junk Scramble has always been one of my favorite parts of middle school and winning this year made it that much better. I have a small class, and we are all really close, and I am grateful to them and the other classes for their sportsmanship and a fun time” said eight-grader Jack Fesler.

–Logen Meyers is in the seventh grade at Mile High Academy; photos supplied. 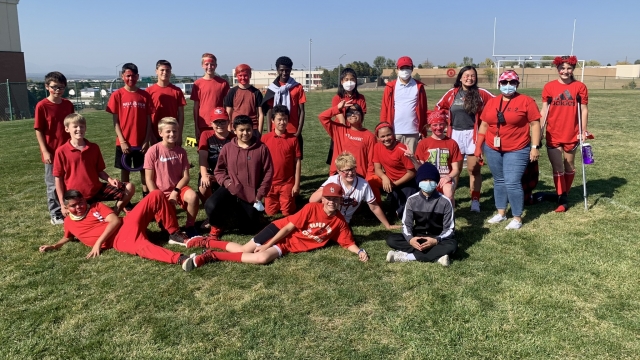 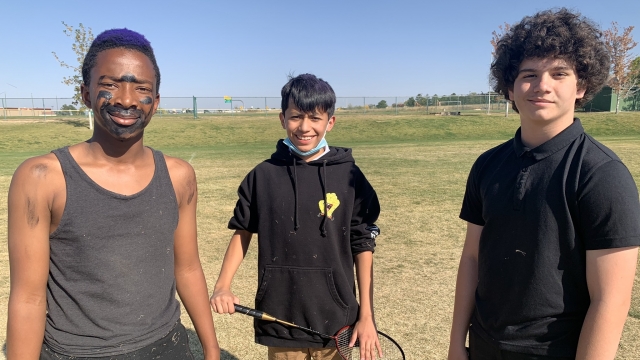 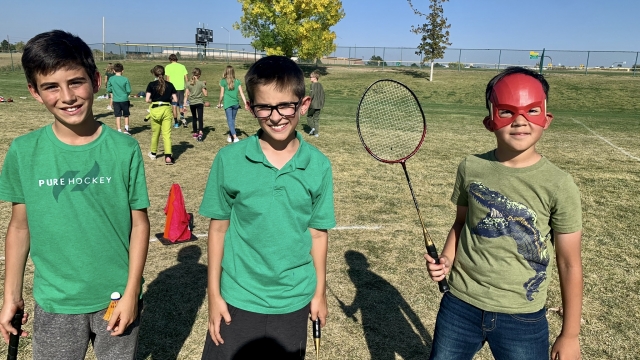 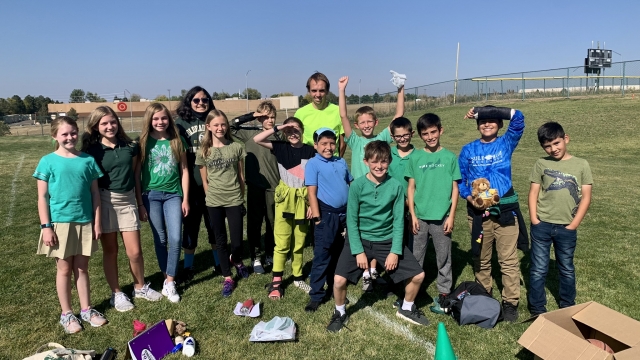 IT’S JESUS WHO IS IN CHARGE

MAKING YOUR LIFE PLEASANT TO NEGOTIATE

AFTER NEARBY WILDFIRES, CLEAN UP CONTINUES AT GVR