By Samantha Nelson – Cody, Wyoming … During the last week of June, a group of Cody Adventist church youth walked with the dinosaurs at the Red Fleet Dinosaur Trackway and Dinosaur National Monument Park in Utah.

The trip, led by Steve Nelson, pastor of the Cody district, and his wife Samantha, was part of ongoing Bible studies and preparation for the upcoming Dinosaur/Creation seminars to be held in September. The Nelsons guided the group through discussions of Creation, the Flood and dinosaurs, a fun topic to study with youth, captivating their attention.

Impressed by visual support of the biblical narrative, Dean Jeffers, one of the participants, said, “I like the geologic formation of Split Mountain because everyone who doesn’t know or believe in God, or the Bible is confused by how the river “split” the mountain. As a believer, it shows what the Flood did instead of millions of years of a river splitting a mountain,” Dean Jeffers expressed.

Aside from hiking to the Red Fleet Dinosaur Trackway and touring the Dinosaur National Monument Quarry, where hundreds of dinosaur fossils are embedded in the rock at the top of the mountain, the group climbed the mountainside to see the ancient petroglyphs and pictographs. There, they also saw an historical cabin owned by Josie Bassett, a rancher who associated with Butch Cassidy’s “Wild Bunch.”

When asked what they enjoyed most about the adventure, another participant, Cedar Jeffers commented, “My favorite part was the bone wall at Dinosaur National Monument because it showed how the Flood affected them and how everything was just right to turn them into fossils and leave them in a jumbled mess.” She added, “Another favorite part of mine is the museum where they put into perspective how big the dinosaurs really were.”

According to many on the trip, it helped them to trust God more and establish their faith in His Word, and they enjoyed the hands-on, close-up view of the aftermath and destruction of the Flood.

–Samantha Nelson is a pastor’s wife who serves alongside her husband, Steve, in Cody Wyoming; photos supplied 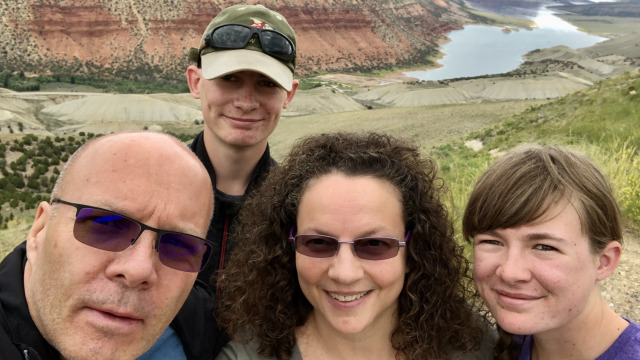 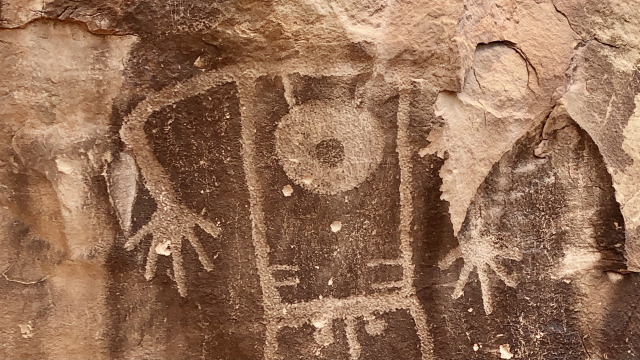 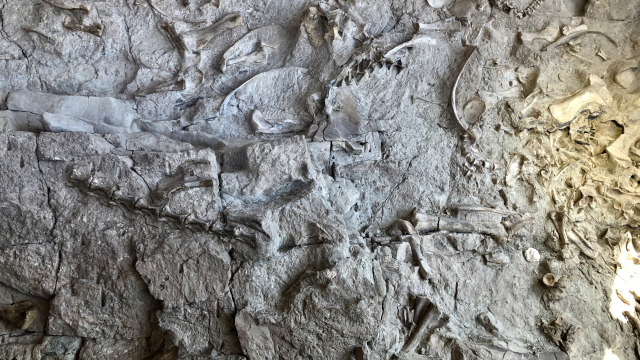