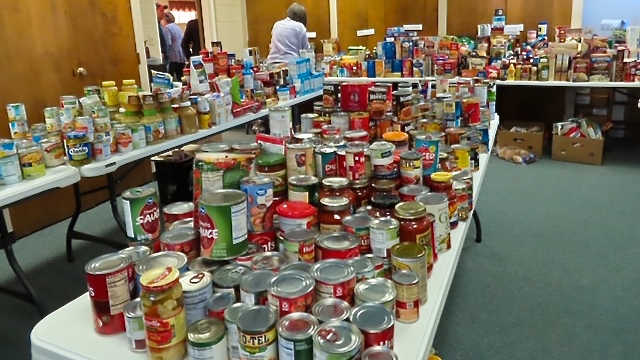 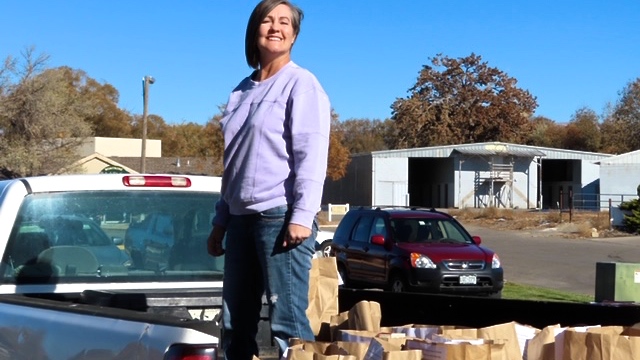 Montrose, Colorado… The Montrose Church has been preparing for their annual Thanksgiving food distribution in the community for those in need of a helping hand. Three weekends were designated before the Thanksgiving Day. The first weekend over one thousand empty bags were delivered throughout the city. Notes on the bags asked for donations of food and explained the reason for them being left on their doorsteps.

On the second weekend the bags were picked up and brought back to the church, filled up with food ready to be sorted out. The following weekend boxes of food were given out in the community to over fifty families.

Chere Fisher, one of the organizers, commented, “It strained my muscles and warmed my heart to see the outpouring of compassion from the Montrose community during the Thanksgiving Box Project. Many people gave several bags.”

“When we delivered the bags, boxes and turkeys we were greeted by barking dogs and excited children. The need in the eyes of the adults were restrained, yet discernible. We were given hugs and many expressions of gratefulness,” she added.

A few bellies were full and a few hearts lightened during 2019 Thanksgiving Season due to the communities’ love for their fellow man, reported Zane Berry, Mortrose Church correspondent.