RMCNews with DeeAnn Bragaw – Ward, Colorado … From eastern Colorado and Idaho, from northern Wyoming and Texas, 115 women ascended to GVR for the 2021 RMC women’s convention Bee-Lieve, a chance to fellowship, grow closer to Jesus, and enjoy a weekend where women can be women.

The theme bee-lieve focused on reaffirming for those who gathered that God has a plan for their lives, no matter what. Through biblical stories and personal experiences, guest speaker Tamyra Horst, author and Pennsylvania Conference communication director, encouraged all to keep bee-lieving in God and His guidance in their lives.

Chris, an attendee from Cheyenne, reflected on the retreat, commenting that her most significant takeaway from the retreat was the message, “I am worthy and unconditionally loved.” Her sentiment was echoed by many who attended.

Sabbath included a workshop presented by Cindy Nash and Michelle Nash, wife and mother of Littleton church lead pastor Andy Nash, about praying for the prodigals in your life.

“It was wonderful to be with women from around RMC who love Jesus with all their hearts,” Cindy Nash commented on the gathering.

The convention continued with an afternoon service project. With the help of the teen girls attending their convention at GVR, the women tie-dyed pillowcases that were donated along with new pillows to Crossroads safehouse in Fort Collins and the women’s shelter in Cheyenne.

The convention was a bitter-sweet moment for DeeAnn Bragaw as she begins a new chapter in her life as the North American Division Women’s Ministry director after four years in RMC.

“Thank you all for the privilege of serving you as Director of Women’s Ministries for our conference. As I transition to the North American Division, I’m so grateful Jana Thurber will be serving our RMC women. I know she will love you, as I have,” DeeAnn Bragaw said. 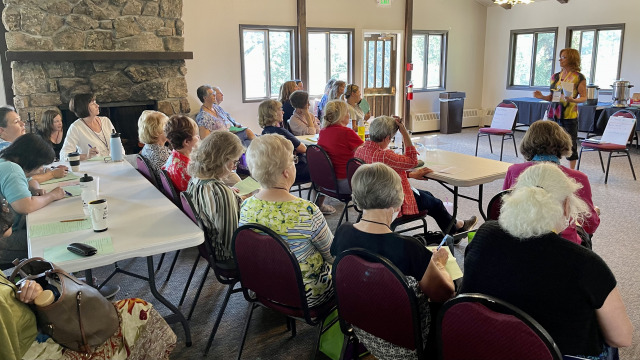 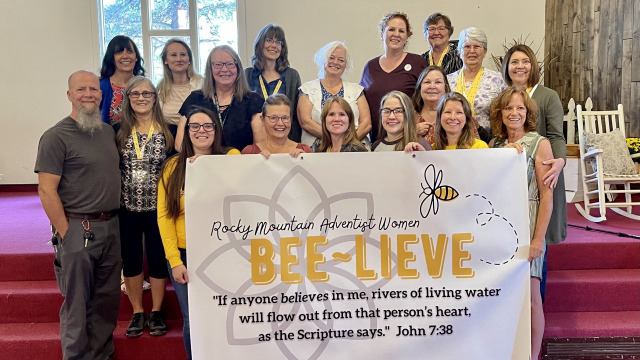 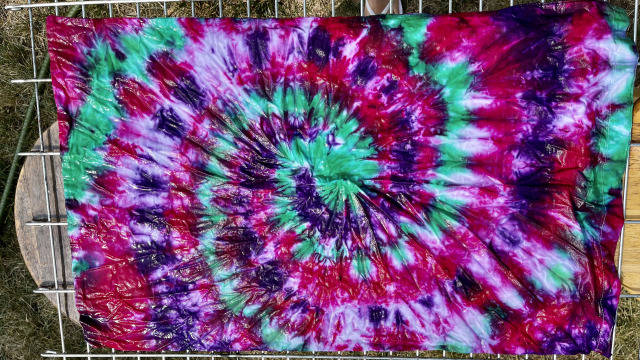 By DeeAnn Bragaw – Loveland, Colorado … In early August, the annual Rocky Mountain Conference women’s retreat plans for a weekend escape to Glacier View Ranch filled with laughter, hugs, and friendships renewed was on track to be another casualty of the ongoing COVID situation.

Facing this reality Deeann Bragaw, RMC Women’s Ministry director, remembered the proverbial phrase, “When life gives you lemons, you make lemonade” and began to think of alternatives to the weekend retreat.

“Our much-revised Fall Women’s retreat included being distanced, masked, and outside, but we came together in heart as we were reminded from God’s Word that He wants to take our suffering and turn it into service,” Bragaw, said.

Some 175 women, including Campion Academy girls and women of all ages from around the conference, assembled on the campus of Campion Academy to enjoy a day outdoors and in God’s Word at “Lemonade Women’s Retreat”

The gathering included a worship service led by Jennifer Woody, senior pastor of the Monroe, Washington church. After a picnic-style lunch, the group separated into three groups for workshops, including one designed for teens and led by Woody.

Later, the gathering reconvened to participate in a community service project which included painting “Hope Rocks” to be placed outside where individuals can discover them and gain courage and hope through their messages.

At the close of the retreat, participants were encouraged to surrender a lemon to Jesus, symbolizing “lemons” that have come into our lives, while the group prayed over these “lemons.”

As the assembly was leaving the field where they had enjoyed a day filled with laughter, unique socially-distanced fellowship, and spiritual lemonade, women could be overheard commenting on the events.

“This is the best thing that’s happened to me in six months! I feel so encouraged!” “My devotions were dry. Thank you so much for giving me new tools!” “I never thought of my suffering as something God could use. Thank you!” “I loved painting the rocks! I hope someone is encouraged when they find mine!” 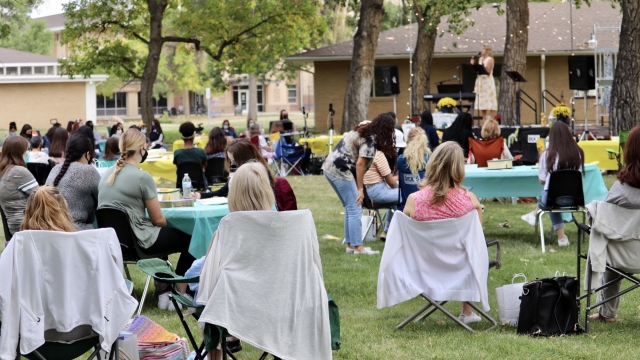 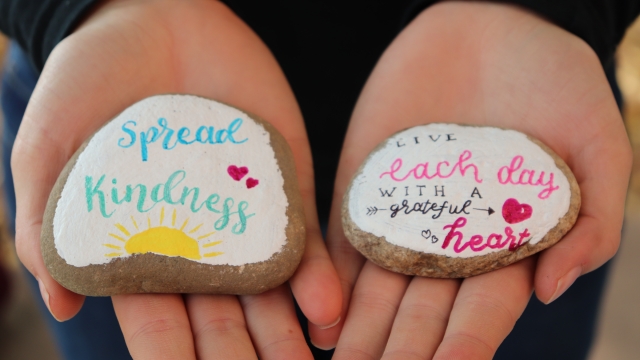 By DeeAnn Bragaw – Denver, Colorado … Rocky Mountain Conference prayer ministries will hold a special online prayer conference on Thursday, August 6, at 6:30 p.m. for our teachers, students, and parents as they return to their classrooms later in August.

Keys are important. They open vital elements of our lives while some keys help to provide power. Keys can be the cause of great frustration when we lose them.  I’ve had to make several copies of house keys, car keys, and office keys. A while ago, my son gave me a special keychain. All I had to do was clap my hands and the keychain would beep so I could locate it. The problem was that the keychain couldn’t tell the difference between clapping and a lot of other sounds, so it would start beeping even when I wasn’t looking for the keys. Then one day my son came home with another gift, a “tile” that I attached to my keychain. Now I have an app on my phone that can find my keys and if I push the button on my “tile” I can find my phone, and if I can’t find either, my computer can help me locate them. Keys are important. Without them, we can be locked out of important places – homes, cars, buildings – resulting in frustration and missed opportunities and appointments.

We’ve been told that we all hold the key to “heaven’s storehouse” and in this storehouse are the “the boundless resources of omnipotence.” The best things about this key? It’s always available. And it’s un-lose-able! Because this key is prayer.

In a few weeks, our RMC teachers, students, and families will gather again in classrooms. We need the treasures of Heaven’s storehouse – wisdom, peace, safety, and faith.  To request these gifts, we will join together to thank God for the treasures that will be presented to our schools during the upcoming school term. Church leaders from the North American Division, Mid-American Union Conference, and the Rocky Mountain Conference will be joined by teachers, students, parents and members from RMC.

Please go to www.rmcsda.org/prayer for the number to join the Zoom conference. We have the key. Let’s use it, RMC.

By Zane Berry and DeeAnn Bragaw –The 2019 Western Slope Women’s Retreat is complete and in the books, reported Zane Berry from Montrose Church. Under a theme of “Prayer, Praise, and Promises,” at the Mountain Top Retreat west of Montrose “gave women the opportunity to let God do a work of healing and restoration,” said DeeAnn Bragaw, RMC women ministries director.

Among the more than 50 participants were women of Western Colorado and surrounding states of Wyoming, New Mexico and Utah. Darla Sherman, Julia Bellman, and Allison Duncan shared their testimonies, challenging the women to open every door wide to God, to trust that He redeems the things we think are beyond repair, and to surrender to Him for a “heart transplant.”

Highlights of the weekend included three self-guided prayer walks around the property, tasty meals prepared by some of the men of the Montrose church and the annual hayride.

The get together included crafts, relaxation, hayrides, and to top it off, all enjoyed spectacular scenery available for all to enjoy. With inspiring music provided by Laurie Wenzel, Jeanna Tullio and Michele Grimmet, there were lots of laughter, and a challenge to find creative ways to share the promises of God with others.

Comments from attendees describe the enjoyment of the weekend. Alice said that, “the presenters were awesome,” with Eileen adding, “Julia and Darla both blessed my soul. The food, love, tears, laughter and new friendships all added to spiritual refreshment and I am looking forward to next year.”