By Rajmund Dabrowski – Boulder, Colorado … It was the first week of March and the war was well underway on the Eastern and Northern fronts of Ukraine. A car, which started its 365-kilometer (226 miles) drive from the outskirts of Zhytomyr to the border with Poland, carried seven refugees.

Two families with five children squeezed into a vehicle with three of the children in the trunk of Peugeot 508. The memory of flying missiles and the sound of explosions at the Zhytomyr military airport near their home were soon just a painfully etched memory. Hope drove them to safety.

Olga Charucka and her husband Waldemar Kutrzeba were awaiting them on the Polish side of the border, ready to welcome them to safety—the five kids, the mother, and a grandmother.

The night before, all seven of them slept in the basement of their house a short distance from the airport destroyed by cruise missiles and bombs dropped from Russian planes. A wall was cracked in their home from an explosion, and a portion of the ceiling had fallen.

After arriving in Poland, four-year-old Zlata, hearing the siren of an ambulance or police car, would run to Olga. Clinging to her, she cried, “We must hide.”

Olga and Waldemar live in the home of my parents near Warsaw. They were caregivers to my father and mother before they passed away. Their spacious home welcomed all seven of them. Kutrzebas are members of the nearby Adventist Theological College Church in Podkowa Leśna, which these days is serving as a shelter housing two-dozen refugees. Their church is one of many throughout Poland serving as shelters, among them Warsaw, Łódź, and Lublin. A congregation in Warsaw alone has accommodated and fed 400 refugees.

I welcomed the idea of having refugees in my parents’ home. Though far away, a plan of action was formulated during recent weeks to find support for several of our brothers and sisters in Poland engaged in helping thousands of refugees. Requests for help soon turned into questions from different parts of the Rocky Mountain Conference: How can we help? Members of Casper and Wheatland churches in Wyoming were engaged in fundraising for refugees in Romania (see https://www.rmcsda.org/a-simple-gift-inspires-others-to-give/).

From Bernie Hartnell of the Grand Junction church comes the comment, “God has blessed us in so many ways here in Colorado and the wider United States. However, Marti and I have been impressed by the Holy Spirit, to do something about the refugees flooding out of Ukraine into neighboring countries.”

He continues, “We felt time was critical to help support our Adventist brothers and sisters, who have opened their homes, churches, and schools in this crisis! So we, along with others in our Grand Junction church, have made it happen by giving either directly to our churches in Poland or through ADRA’s Ukrainian refugee fund.

“I would like to emphasize the inspiration to not sit on our hands in cozy America but listen to the Spirit’s bidding. From the ‘widow’s mite’ to the amounts that the Lord impresses, this effort, you can be assured, will go to its intended worthy purpose!” he added.

“How can one watch the news on the Ukraine crisis and not be moved to do something,” wondered Gordy Gates from Boulder. “And then to learn how the Polish people are opening their homes to the refugees led me to talk with you [Rajmund Dabrowski] to see how we might be able to get involved.”

Learning that my family’s home was part of this refugee relief, Gordy commented that he “knew he had found the way to get involved where every dollar given made it to the Ukrainian people, and [he is thankful] for being given the opportunity to help.”

Shawn Nowlan, a member of the Contemporary Issues Sabbath School Class at the Boulder church where I attend, asked how to get involved.

“Our Sabbath School wondered [how we could help] Ukraine [since] the problem is so big and beyond our control. What can we do (as suggested in the Epistle of James) to help those Ukrainians in need to go in peace, keep warm and eat their fill?  Organizations like ADRA have wonderful, specialized skills. What do we have?”

He continued, “This is when we heard about Adventist congregations in Poland, the Czech Republic, and Romania who were turning their buildings into refugee centers to house the refugees streaming out of Ukraine. Maybe we could support those congregations directly so that ADRA’s resources would be free to use in the war zone itself?” Nowlan wondered.

“We could help those Eastern European congregations directly by feeding them, clothing them, and keeping them safe. We have the contacts. We can use them. And that is what we are intending to do,” he added.

Last week, I asked the kids if they would draw their experiences. Wiktoria is 15 years old and the oldest child of the Zhytomyr family. She sent her drawing full of war images and symbols of her country. When asked about the memories of the day she left her home, she said, “I remember fear. The biggest difficulty was choosing if my mother should join us or stay with dad as his support as he had to stay in Ukraine. The children decided that she would stay and be of help to my father.” The fathers are a part of the Territorial Defense Army in their region.

Zlata’s drawing was poignant, illustrating the distressing emotions of her experience in and what was being shown on TV. For her, memories were symbols of falling rain. She remembers the falling bullets and missiles.

Reports from the frontiers of the neighboring countries with Ukraine–Moldova, Romania, Hungary, Slovakia, and Poland–describe the Adventist Church being present by setting up welcoming centers with ADRA* representatives and volunteers offering food, clothing, and medical assistance. Local church volunteers provide transportation, accommodation, and meals. More than three million refugees have left Ukraine, the majority of them finding refuge in Poland.

In Poland, and elsewhere, human solidarity is at work. 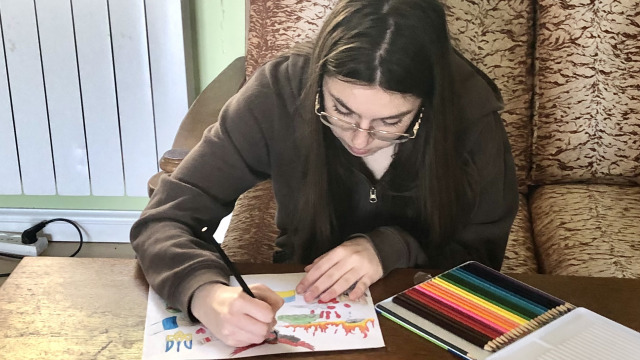 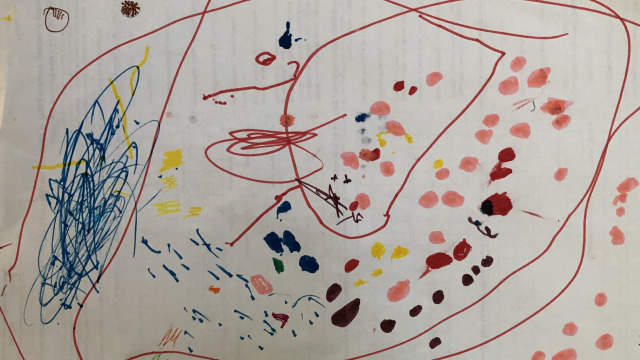 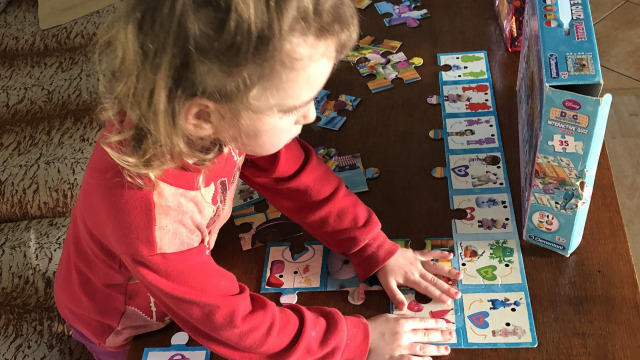 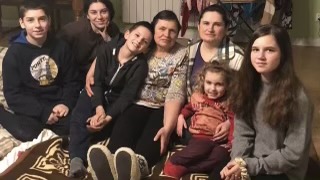