By Karrie Meyers – Littleton, Colorado … The Littleton Adventist Church erupted in cheers and shouts of “We know him!” during the first meeting of its annual Vacation Bible School.

Littleton’s sanctuary and other churches worldwide have been transformed into a dig site known as Jasper Canyon, with the theme that God treasures every kid. Mile High Academy students were not only attendees of Littleton’s program, but also served as volunteers. And all were excited to see a classmate and friend starring as one of the actors in the program series.

Josh is a sophomore at MHA and was offered the opportunity to be a part of the filming of Jasper Canyon. Filmed at Glacier View Ranch during very warm weather, Josh recalled how hot it was during the filming of the video, resulting in the team having to take many breaks due to the heat. When asked if reshooting scenes happened often, Josh said, “Oh yes. We had to reshoot because we kept forgetting our lines and laughing.”

Reflecting on the videos, Brad Forbes, AdventSource president, said, “Josh did a great job.” He added, “We intend to engage our kids to help us minister and spread God’s word. For Jasper Canyon, this was no exception. We had more than 110 kids helping us with the program scenes and performing in the music videos.”

The promotional video was produced by the North American Division Children’s Ministries Department and is being shown at churches and youth ministry groups around the world. Each day attendees experience Bible lessons through planned stations in the Jasper Canyon fun-filled curriculum. During the Gemstone Mine portion of the program, Josh was featured talking about his knowledge of granite and how a stone can be turned into something beautiful, like his mother’s countertop.

More than 1,000 churches purchased the English version of the Jasper Canyon kit. More than 200 Spanish-speaking churches have also purchased the program, which has been translated into a Spanish version through the use of voiceover.

Being part of a video being used at churches worldwide means a lot to Josh. “It means a lot [be]cause I get to spread the news of God around the world and share what He has done for us.” 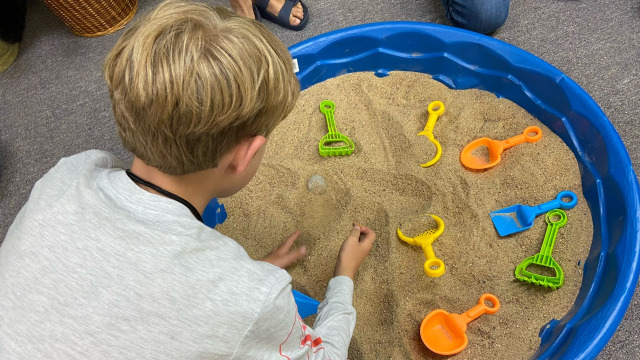 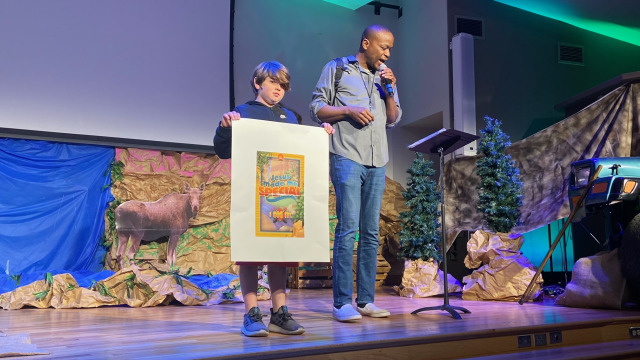