Arriving at the flea market on July 22, the long line of cars and trucks waiting for relief and help was impressive. The line began to form four hours before the give-away was scheduled to begin.

During this sixth relief operation, individuals were offered bottled water, basic food supplies, and propane refills. The mission and church initially planned on serving 125 families, but the number quickly increased and by the end of the day, 250 families were blessed by their generosity.

This event couldn’t have taken place without the help of the Crownpoint chapter team headed by chapter president Rita Capitan who arrived early to set up, organize, and direct the flow of traffic.  Nations Gas provided propane to fill the 170 tanks for the families.  Adding to the fair-like atmosphere, the Crownpoint Fire Department brought two engines and firefighters to help with the distribution.

The relief options, which originally began with handing out rice and beans, have expanded due to the donations generated by Facebook fundraisers and the area churches, Montrose and Pagosa Springs, as well as the private entities, Southwest Paleontologist, Sharing Ministry, and other private donors.

After the last community relief event held at the La Vida church parking lot, which included food, water and propane, organizers thought it would be the last such help provided.

“We received several texts and messages from Crownpoint, a small town 30 minutes away from La Vida, where the Mission has conducted an outreach program. People expressed their needs and requested prayers for the Mission to consider extending help in Crownpoint as most of the individuals had no way to get to the Mission,” explained Dorie Panganiban, La Vida outreach director. “I prayed when I received the texts and requests and, in my heart, I felt that it would happen.”

Assistance came from the Rocky Mountain Conference ACS director Cathy Kissner, who promised that the conference would contribute funding for purchasing food. Then, another generous donation from a Facebook benefactor arrived.

“With those donations, we thought that we could do another COVID-19 relief operation in Crownpoint. God is not done yet opening the windows of heaven. He opened them really wide when Restore-a-Child Ministry sent us generous booster funds to help in our relief operation for the Navajo families, providing food, water, and propane,” Panganiban added. 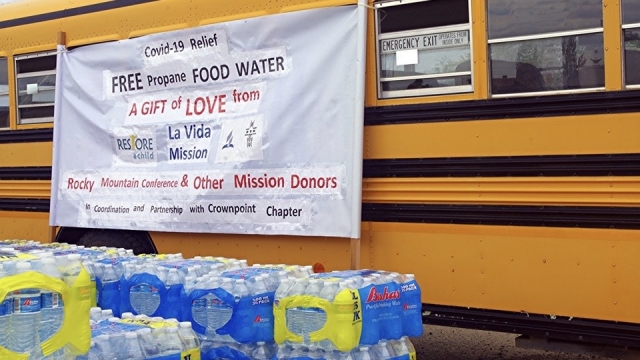 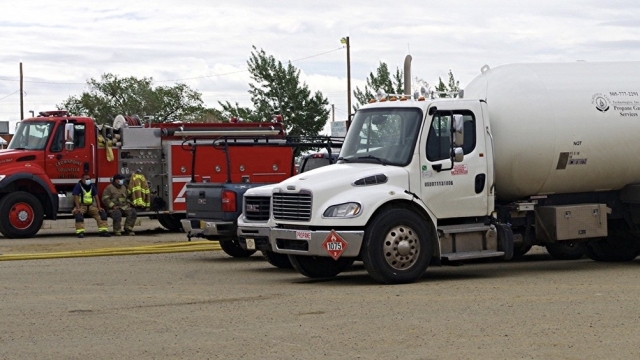 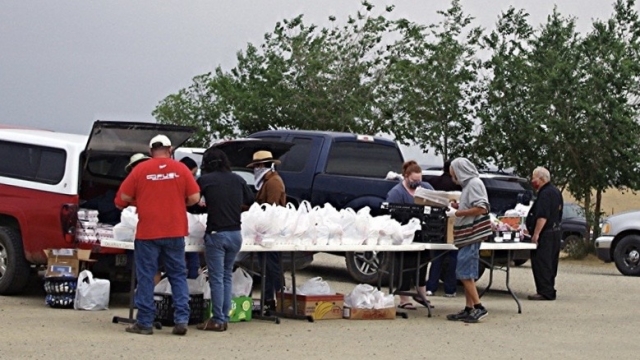