By Adventist News Network and Adventist Review – Silver Spring, Maryland … During its annual Spring Meeting, the Executive Committee of the General Conference (GC) of Seventh-day Adventists voted unanimously on April 12 to attach the Ukrainian Union Conference (UUC), the church’s administrative region covering the country of Ukraine, directly to the GC, until other comprehensive arrangements can be made. The GC is the administrative body located in Silver Spring, Maryland, United States, that oversees the world church.

Previously, the UUC was part of the General Conference’s Euro-Asia Division (ESD).

According to the action voted by the GC Executive Committee, the attachment of the UUC to the GC is effective immediately and comes as a result of the “current geopolitical matters [that] are causing administrative and mission challenges for the Ukrainian Union Conference and the Euro-Asia Division.”

“In the context of current events,” Ted N. C. Wilson, president of the GC, said, “it has become very apparent that the Ukrainian Union Conference of Seventh-day Adventists should be detached from the Euro-Asia Division and temporarily attached directly to the General Conference of Seventh-day Adventists. Please pray for God’s leading in His work in Ukraine as the church follows in Christ’s footsteps of ministering to people physically, mentally, socially, and spiritually during very challenging times.”

According to the GC Executive Committee’s voted action today, a 21-member Ukrainian Union Conference Oversight Committee, chaired by GC general vice president Artur Stele, will provide direct guidance and supervision from the GC for denominational activities in Ukraine. In addition, according to the voted action, the UUC’s attachment to the GC will be reviewed periodically “to determine the best way forward for organizational and mission advancement.”

“The structure of the church must always serve the mission of the church,” Stele said. “Unfortunately, we do not live in a perfect world. The current tragic situation in Ukraine simply requires a change in the operational structure for the mission to be accomplished. We have listened carefully to our leaders in Ukraine as well as the leaders in ESD, and it has become obvious that change was necessary,” he said.

“The traumatic and tragic events that have taken place recently in Ukraine have deeply affected the world,” Wilson said. “Our hearts are greatly saddened and burdened by the terrible violence and loss of life in Ukraine. We earnestly pray for an end to the bloodshed and for peace to again come to Ukraine and to Russia and are very grateful for the outpouring of Christian love and care by so many church members in Eastern Europe and around the world regarding this tragedy of so many refugees fleeing their homeland.”

The ESD will continue its work of administering activities of the Seventh-day Adventist Church in the rest of its assigned territory.

Stele noted that it’s important to remember that even in these circumstances, we are all God’s children and want to be together when Jesus returns. “We have the same Father. We are looking to the same heavenly Kingdom,” he said. “Our people in ESD are members of the same family. They love each other, they care for each other, and wish the best for each other and plan to be together in heaven. Even with the change in structure, even while the horrendous situation has forced our people to be separated, they still pray for each other and look for a day when we all will be united with each other and will all together worship our Savior Jesus Christ face to face.” 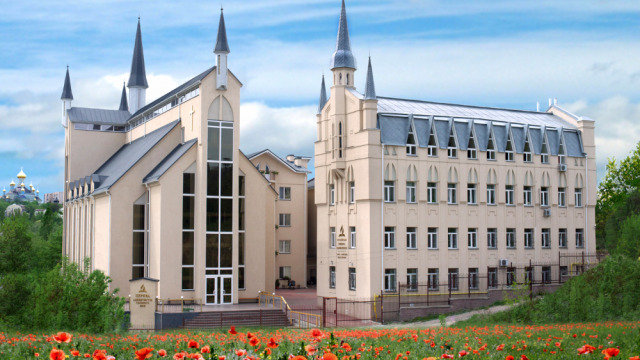 This article was originally published on the Adventist Review Website https://adventistreview.org/release/executive-committee-of-the-adventist-church-votes-to-temporarily-attach-ukrainian-administrative-office-to-the-general-conference/