By Agape Hammond – Parker, Colorado … The numbers are in for the third annual toy drive at Newday Adventist Church in Parker, Colorado. Church members packed and shipped worldwide 834 shoeboxes filled with supplies and toys.

Katrina White, a Newday member who has volunteered with Operation Christmas Child for more than 20 years and began the project at Newday, explains why this project is essential for those who receive the boxes.

“The shoeboxes may not change a child’s life, but it’s something tangible that shows someone cares about them, even from far away.”

Operation Christmas Child doesn’t begin with children receiving gifts. It starts by going into communities and teaching kids Bible classes. First, they get to hear about Jesus and start a twelve-week course called ‘The Greatest Journey.’ By the time children receive the shoeboxes, they know that Jesus loves them, and now they have proof that people are showing that love.

Mile High Academy partnered with Newday in February of 2021 to hold a toy drive that added items to each box. Each box contained school supplies, hygiene items, and age-appropriate toys.

Newday partnered with many organizations throughout 2021 to make the third annual Operation Christmas Child donation drive a success.

Newday Adventist Church has lots to be thankful for this season. On Saturday, November 20, Newday held their first-ever ThankFULL Free Farmer’s Market, a partnership between Parker Adventist Hospital and Newday.

“The number of people coming to get the fruits and veggies kept increasing. We knew the holidays would be difficult,” Cardinal said. This need, along with the partnership Newday has with Parker Adventist Hospital, drove the idea forward.

And so, the project grew. From an idea to more than 120 complete meals, including turkey, for families that otherwise might not have had Thanksgiving this year.

The look on people’s faces as they picked up their boxes of stuffing, canned yams, cranberry sauce, and of course, the big turkey, was evidence that the project was appreciated and valued by the community. It wasn’t just the people receiving the food who were blessed, but those around them as well. “You are helping so many people here; we are so grateful,” commented one community member.

Remarking on the event, Katrina White, a volunteer at Newday, said, “Our mission is to impact the community in such a positive way that if we [Newday] were no longer here, people would notice our absence.”

Milvia Lee, Newday church attendee who helped coordinate the event, loved that the whole church participated, “Everyone used their gifts in different ways. I like being able to contribute to my church.” 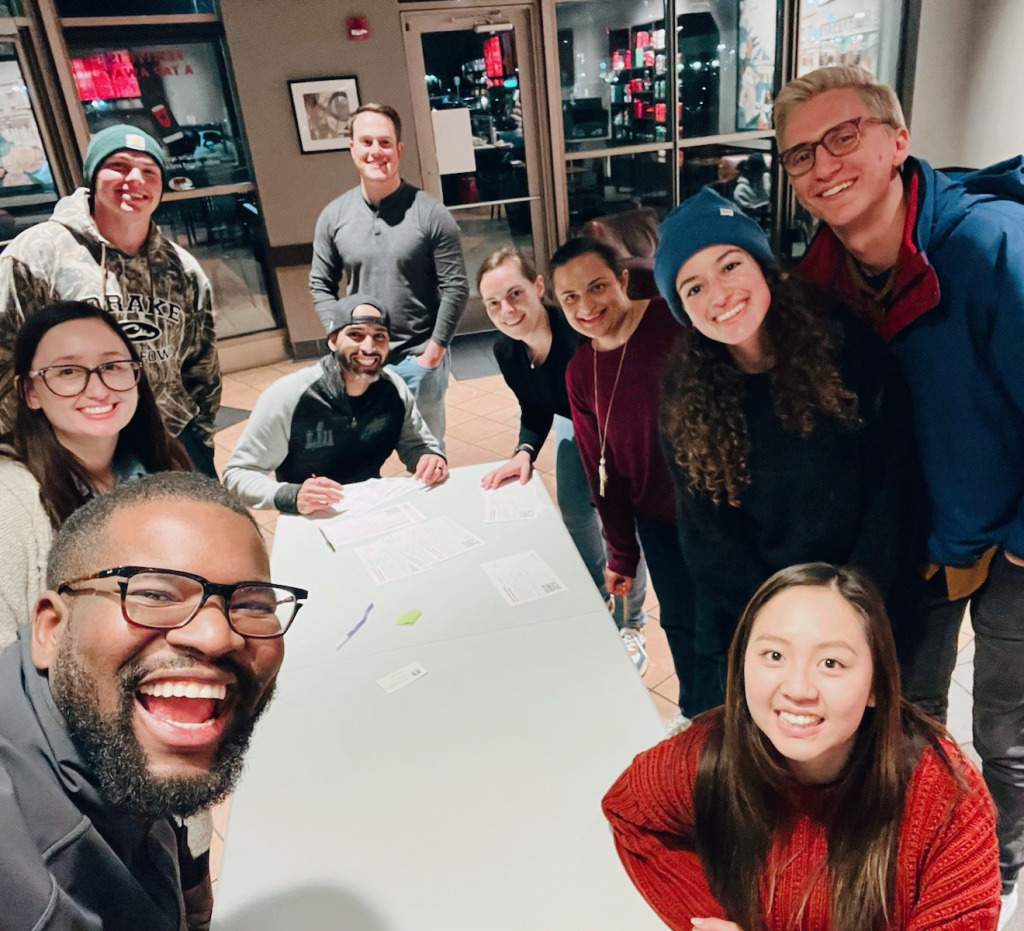 By Agape Hammond – Parker, Colorado … The line is already forming and the produce hasn’t even arrived. This is a common experience at Newday Adventist church free farmer’s market.

Individuals line up ahead of the 2 p.m. opening to ensure they get a bag of the fresh fruits and veggies. With a smile and a “thank you for coming,” everyone is greeted warmly and they leave with what might be their only fresh produce that week.

This summer marks Newday’s fourth annual Free Farmer’s Market. It has taken three years of dedication to build relations with the community and to gain traction for the event.

During the first few years of the Free Farmer’s Market, it took hours to give the produce away. Often, volunteers went door to door to make sure those who needed it received the fresh fruits and veggies being offered. Now, there is a line when volunteers arrive each week. Currently serving approximately fifty families per week, Newday volunteer Shawna Sajdak commented, “We are seeing more and more families coming and [we] look forward to serving them as the summer progresses.”

The gathering includes young families and the elderly who sometimes need a little help taking their bags home.

What makes the weekly market so important? For Newday members and volunteers, it’s hearing the words from the community, “You don’t know how much this helps. Thank you for what you are doing.”

–Agape Hammond is director of social media and communication at Newday; photos supplied 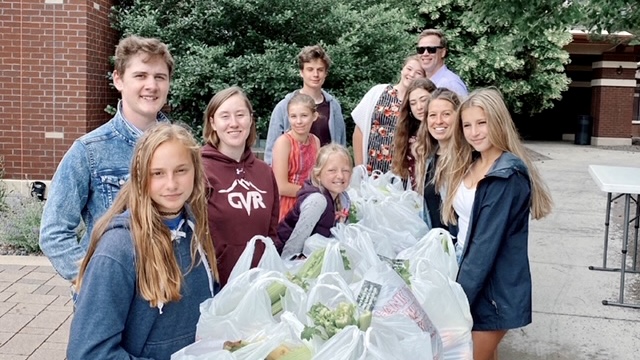 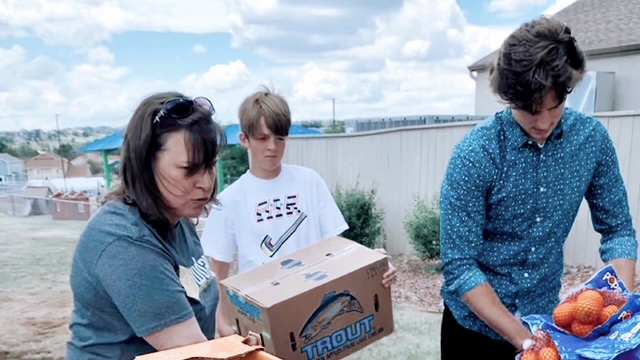 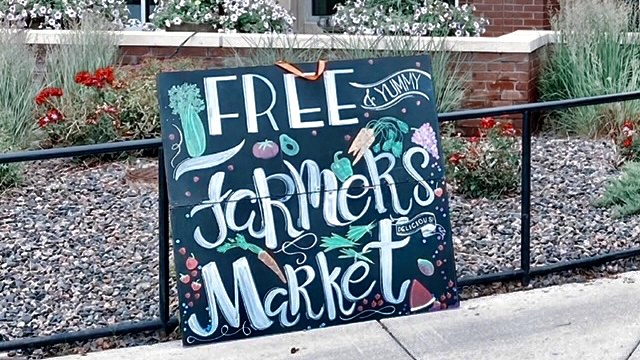 RMCNews with Agape Hammond – Parker, Colorado … Newday Adventist church has a four part mission that includes inviting, connecting, growing, and serving. By strongly focusing on family and our youth we are creating connections that will grow into eternity.

Preschool through 5th grade students at Newday meet on the first Sabbath of every month for a special service called KIDVENTURE. Guided by middle and high school students, the groups, divided by age, go through interactive stations learning about Jesus and His love for them.

In the month of May, Newday saw the return of the NXTGEN teen ministry to morning worship. Every Sabbath at 10, they meet in groups on what is known as “The Hill,” which is a grassy area located on the church campus. The youth participate in discussions that include their spiritual walk and life’s important issues that affect them now.

However, it’s not only Sabbath mornings that keep families of Newday engaged. Every month, Kid’s and NEXTGEN ministries host a family day. Recently, families gathered at Top Golf for two hours of golfing and brunching.

“The church and the family have an opportunity to create a network of spaces for our children to grow in their faith,” commented Anika Engelkemeir, kids’ and students’ pastor.

This focus on families aims to instill a Christian lifestyle as church members connect with the community, advancing the work of discipleship outside of weekly church gatherings.

–RMCNews with Agape Hammond is director of social media and communication at Newday; photos supplied 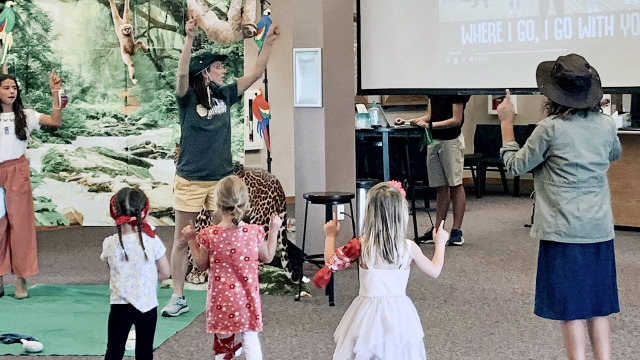