By Gwyn Reeves – Loveland, Colorado … Some may say that high school students create drama daily, but for the students at Campion Academy in Erin Johnson’s classroom, it is not only expected but encouraged.

The hills around Campion are coming alive with The Sound of Music after many pandemic restrictions were lifted, allowing the drama program to resume. Students are working hard, preparing to perform the musical on January 29.

“It’s very exciting to have drama this year. I remember that Campion had an awesome drama department when I was younger, and I am hoping to bring it back to its former glory,” Johnson said.

She adds, “I have always loved theater, so to teach it is a dream come true, especially since we are working on one of my favorite musicals. It’s a challenge, but I have amazing actors, who are committed to making a good show!”

The drama students are very energized and excited to be a part of the musical.

Lacy, student actor playing the part of Rolf Gruber, says, “It feels really good to be part of the drama class and to be able to act and practice with my friends. We always have fun practicing our roles and enjoy each moment. Acting makes me feel kinda nervous and excited at the same time, but it also helps me to express myself.”

Students are not only performing the musical, but also helping with set design, sound, and lighting, to make sure everything gets done. Drama classes can find them learning choreography, singing, or running through lines.

The Sound of Music is set to debut on January 29 in the Campion gym. Tickets will be available for purchase.

–Gwyn Reeves is a senior at Campion Academy; photos supplied. 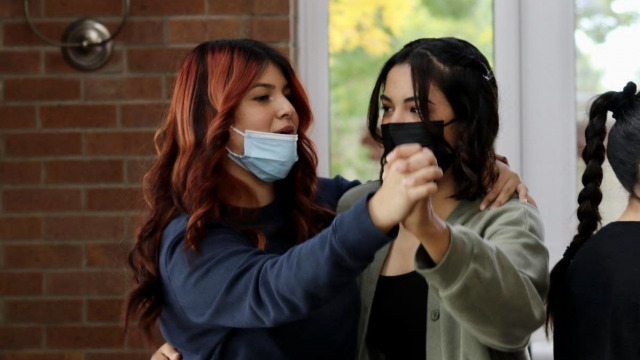 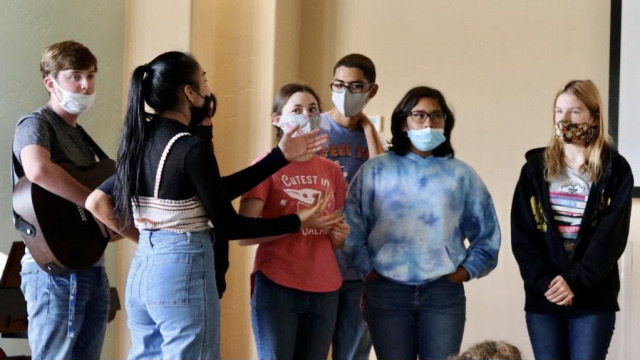