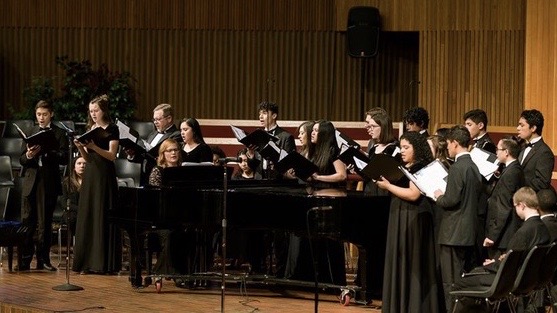 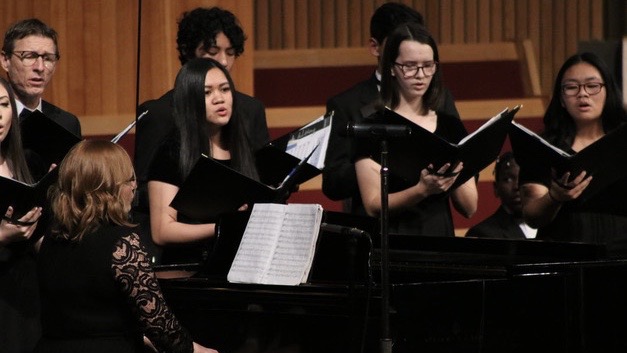 Lincoln, Nebraska … During the annual music fest at Union College this past weekend, students in Koinonia, Campion Academy’s select choir, were able to grow closer as an ensemble and meet people from many other schools in the Mid-American Union Conference. The music festival choir rehearsed together for 19 hours in preparation for a vespers concert Sabbath evening.

This year there was an honors choir in addition to the mass choir. Each school contributed four students to this group, and it was directed by Melissa Clouzet. They had several rehearsals together and performed two songs during Friday night vespers.

“Honors choir was the highlight of my weekend because it gave me an opportunity to be part of something completely different from mass choir,” says Campion senior Kayla Gonzalez, “I enjoyed meeting the people in honors and finding out where they were from.”

On Saturday night, Koinonia were treated to frozen yogurt to celebrate the successful performances. While in Lincoln, Campion students joined other schools to watch the Union basketball games. They cheered on Campion alumni and supported the Union teams.

Erick Maldonado, senior at Campion, commented that “It was fun to put rivalry aside to make music and hang out with schools we normally play against in sports.”