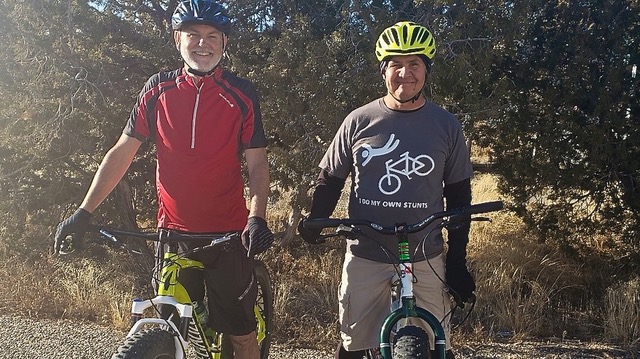 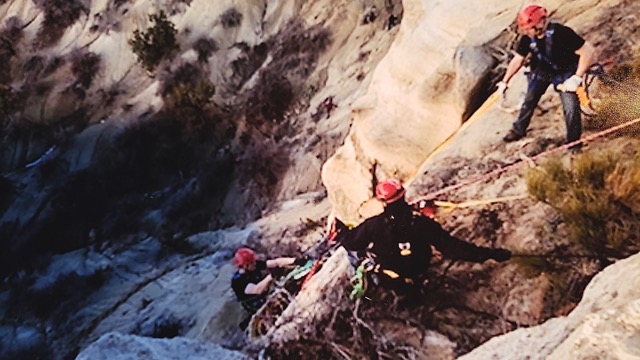 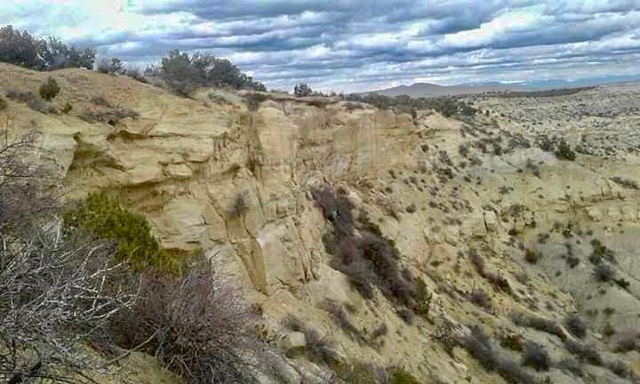 Farmington, New Mexico… It is known as Yeager’s Leap or Crash Canyon, but before Super Bowl Sunday, 2018, it was a beautiful but non-descript area just outside of Aztec, New Mexico. On a recent Sabbath, about 30 members of the Piñon Hills church in Farmington, New Mexico, ventured out to see this place that most agree should be called Miracle Canyon.

Led by the “miracle man” himself, Jeremy Yeager and his wife Danette, we went to the site where Jeremy fell approximately 50 vertical feet and then rolled another 100 or so. He had been biking with his friend and fellow church member, Dr. Doug Parks when his ride came to a sudden and violent end. As Jeremy rode along he saw a small ledge near the rim of the canyon, which he thought he could ride over. In this case, thinking and doing were two different things.

As far as Jeremy can remember, his pedal clipped the top of the ledge and sent him off the cliff. Doug saw Jeremy attempt to put his foot down to prevent going over, but he was unsuccessful. As Doug ran to the spot, he hastily dialed 911 as he watched Jeremy take his last couple of rolls before he stopped and laid there motionless. Doug braced himself to make the most difficult call of his life.

The 911 operator dispatched a helicopter, and while Doug awaited their arrival, he heard Jeremy moan. That in itself is somewhat miraculous because with a collapsed lung and from where he was, Doug should not have been able to hear him at all. The rescue team arrived and found Jeremy to be in surprisingly good condition-at least for someone who had just fallen and rolled the distance that he did. They set up a tripod system and lowered a basket with which they were able to get Jeremy out of the canyon and on his way to the hospital.

Jeremy’s injuries included: a broken clavicle, six broken ribs on his right side, and another eight on his left, a fully collapsed right lung, and partially collapsed left lung, cracked L1 vertebrae, a broken pelvis in four places, and a concussion. He sustained a puncture wound from a stick that embedded in his chest, along with numerous scratches and scrapes, to go along with a badly bruised ankle. He also broke several teeth. Fortunately for him, as well as being his bike riding companion, Dr. Parks is also his dentist.

After just under three months of recovery, Jeremy was cleared to go back to work delivering trash cans for Waste Management. Though he had only been employed by the company for a few months before the accident, they stood by him throughout his recovery.

Jeremy’s last recollection of the fall was him yelling, “no, no,no” and nothing after that until some weeks later. As of this writing, he still has little recollection of the event, but he has otherwise made a full recovery. On his first visit to the scene, Jeremy felt overwhelmed with the feeling that he should have been looking down at a memorial.  He, his wife Danette, and his friends and Piñon Hills church family are so grateful to God that that was not the case. If you were to ask him if God still works miracles his emphatic answer would be “yes, yes, yes!”