By Rajmund Dabrowski – Montrose, Colorado … Under the theme “Love of God,” the Western Slope camp meeting, August 4 through 8, brought more than 200 church members many representing congregations from the region.

The seventh annual gathering convened at Mountaintop Retreat in Montrose, Colorado.  “It’s so great to be back experiencing the joys of visiting [with] the old and making new friends,” said Ron Johnson from Grand Junction, whose connection with the event goes back to their inception.

Choosing the special guest speaker required “a lot of prayer. We were looking for God’s leading,” said Nate Skaife, pastor of Grand Junction church, who helped organize the camp meeting.

The 2021 invitation went to Dr. Joseph Kidder, professor of Pastoral Theology and Discipleship at Andrews University. Skaife explained that the organizers were looking for someone relevant, who’s able to challenge us, to take us deeper in terms of our understanding, but also in terms of how we implement our beliefs, how they impact our lives, how we’re able to minister to our communities.

Dr. Kidder’s evening presentations primarily dealt with relationships with God, which ultimately leads to worshipping God. During the afternoon seminars, he dealt with practical aspects of church members engaging within their own communities, drawing closer to Jesus, and help others to know Him and love Him. “Spiritual amnesia is one of the challenges today,” Kidder said. He added that “the most effective evangelist is … you.”

His message challenges the church. “Be contagious, and others will follow,” he stated.

Also speaking in the afternoon was Gary Force, pastor of the Durango district. He dealt with the relevancy of the messages of the three angels of Revelation 14:6-12. He explained how the messages are just as relevant today as they were throughout the course of history.

“The fellowship was golden,” said was Mickey Mallory, RMC ministerial director, who represented the Rocky Mountain Conference at the event. He commented that “after taking a year off due to the pandemic, it was great being back together again.”

“On top of that, Pastor Joe Kidder, our guest speaker, enriched the participants with his presentations. He shared a personal story about becoming a Seventh-day Adventist Christian while being persecuted by his family. He demonstrated that Jesus is just as much with His followers today as He was with the three Hebrew worthies in their fiery furnace trial in the book of Daniel,” Mallory explained.

Several attendees expressed their appreciation for meeting at Mountaintop Christian Retreat. According to Ron Johnson, the camp facilities are being continually upgraded, the results of which will be seen in the future.

“We had your group up here for about the past six years or so. And every year is the same as this year. You guys are excellent, probably the cleanest group I ever have up here. They produce almost no trash, and they’re just respectful and kind and generous people,” commented Kenny Easton, Mountaintop Christian Retreat director.

“I love having them up here, and that’s in addition to the music being wonderful and things being scripturally based. Just in general, you guys are a joy to have up here, so I appreciate you being here,” he added.

On the final two days of the event, musical appetites were filled with performances by the King’s Heralds. “I would listen to their songs at every gathering,” said one attendee.

The organizers recognize that the gatherings of the future will need to attract more young people. Camp meeting in the Adventist church has a long tradition and needs to be attractive to young people.

Dr. Kidder expressed this sentiment. “Churches have to be very intentional about attracting young people. They have to change the way they do things. A lot of young people are not finding fulfillment in the church in the way it is done. I think sometimes church has to be done in a different way,” he said. 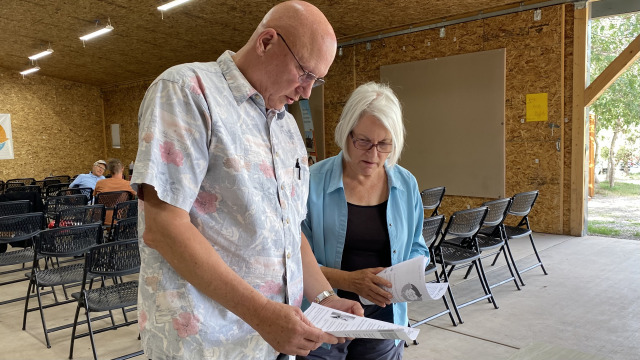 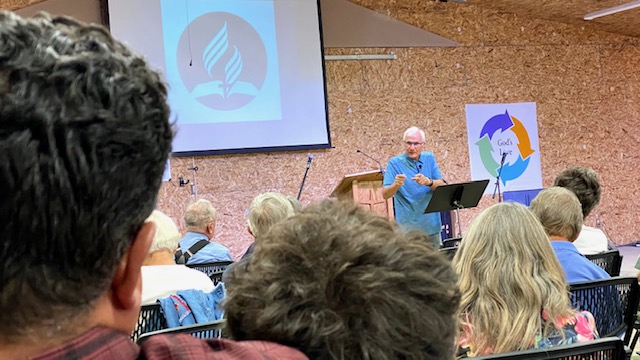 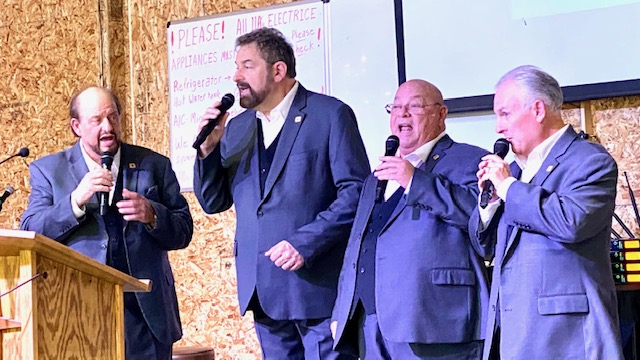