Members began planning the outreach to the community in August by inviting Oswaldo Magaña, executive secretary for the Ohio Conference, to present the message.

“Generally, we have two crusades during the year, but due to the pandemic, this was going to be our first in-person crusade since the pandemic began,” Dennis Magaña, Montrose Hispanic head elder, said. “Our members were excited to be able to have it in person and to be able to invite their friends and family to attend.”

Members invited family and friends with personalized letters hand-delivered to the individuals. Many of the individuals invited by the special notes made plans to attend the series.

The church was excited to begin the series but knew challenges would face them. “We knew this crusade was going to be a blessing and that the devil was not happy with what was going on, and we knew that he was going to do everything in his power to stop it,” Dennis Magaña said. “On Friday before the meetings were to begin, I got a call from Oswaldo Magaña stating his mother had passed away in Belize and that he would not be able to come.”

Members understood the situation and decided not to cancel. They began to make preparations to change the theme. The church shifted the week into a spiritual revival for members, focusing on friends and family, and rescheduled the meetings to the last week of October so that Oswaldo Magaña could speak.

The outreach began with community and church members in attendance; however, as the week continued, the attendance increased, causing the meetings to be moved into a larger venue at Montrose English Adventist church.

Halfway through the series, five individuals responded to a call to follow Jesus by being baptized. The five were joined by six others the following evening. Preparations began to hold a special service on Sabbath to baptize the eleven individuals.

During the baptism ceremony, Oswaldo Magaña stated, “I can only imagine the joy and celebration that is occurring in heaven.”

Concluding the service, Oswaldo appealed to the members to adopt one of the newly baptized members and be their spiritual mentor with the hope that they will walk together in this new journey and be there for whatever they need. “Your real work begins now,” Oswaldo Magaña stated to the church at the end of the service. “The church exists to guide and mentor and not judge these new spiritual babies.”

“In one week, we were able to raise our membership total by more than 25 percent!  We have a real problem now in our church as we no longer fit [in our current space].” Dennis Magaña said. “Pray [for us] as we are looking for a new, bigger place to worship. There is a lot of work to do here in Montrose, and by God’s grace, we are committed to doing it.” 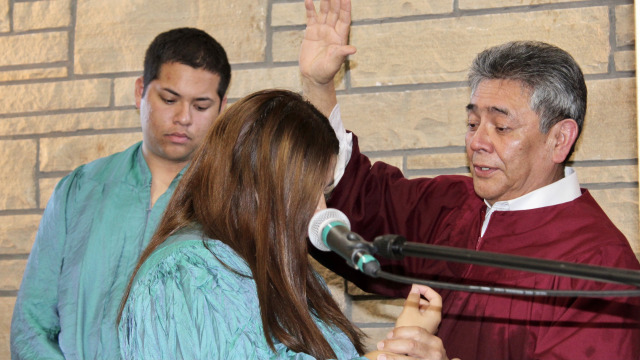 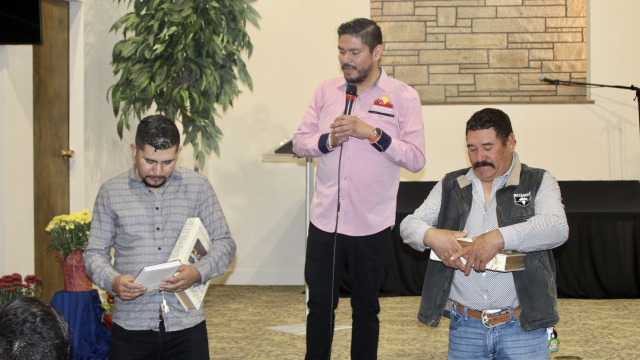 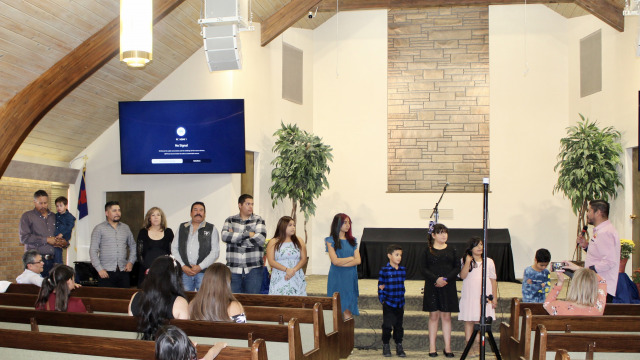