By MHA News – Highlands Ranch, Colorado … Despite chilly weather and snow on the ground April 20, Mile High Academy’s middle school students took advantage of the sunshine to enjoy the great outdoors together.

The students piled on the buses, loaded down with flashlights, coats, water and lunches.

“In the craziness of everything enveloping this school year, it was nice to get to take the Middle School kids off campus to enjoy a day of bonding together as a school,” said Michael Armstrong, vice principal of academics and middle school science teacher.

The first stop on the adventure was Manitou Spring’s Cave of the Winds, where students visited a Geology 101 class in an underground laboratory. Hands-on education experience lasted for almost two hours, as they wound through the caves, learning about cave formations, local history, and even about the animals that help create a cave ecosystem. Students also experienced “cave darkness,” one of the two darkest places on our planet.

“It was fun to tour and learn about the history of the cave,” said Logen, seventh grader. “The best part was when the tour guides turned off the lights, and we were sitting there in total silence.”

Another middle-schooler described the cave in few words: “It was awesome.”

The escapade continued with a trip through Manitou Spring’s Memorial Park and a tour of the historic town, including ice cream, the arcade, and a sample of the natural soda water that springs from two of the nine local fountains, drilled in the 1920s.

Before returning home filled with memories and new discoveries, the group stopped to take in the beauty of the red stone rock formations at Garden of the Gods in Colorado Springs. 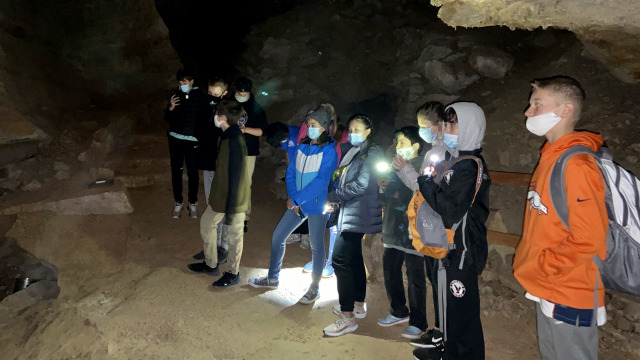 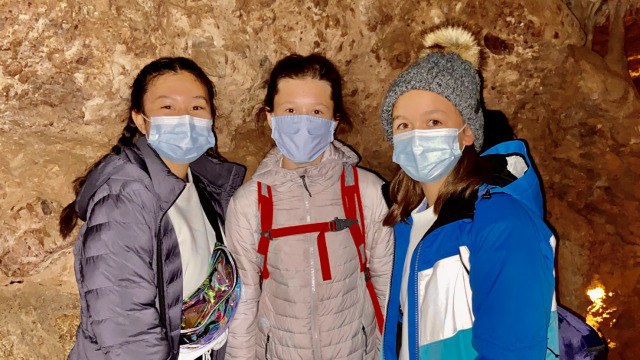