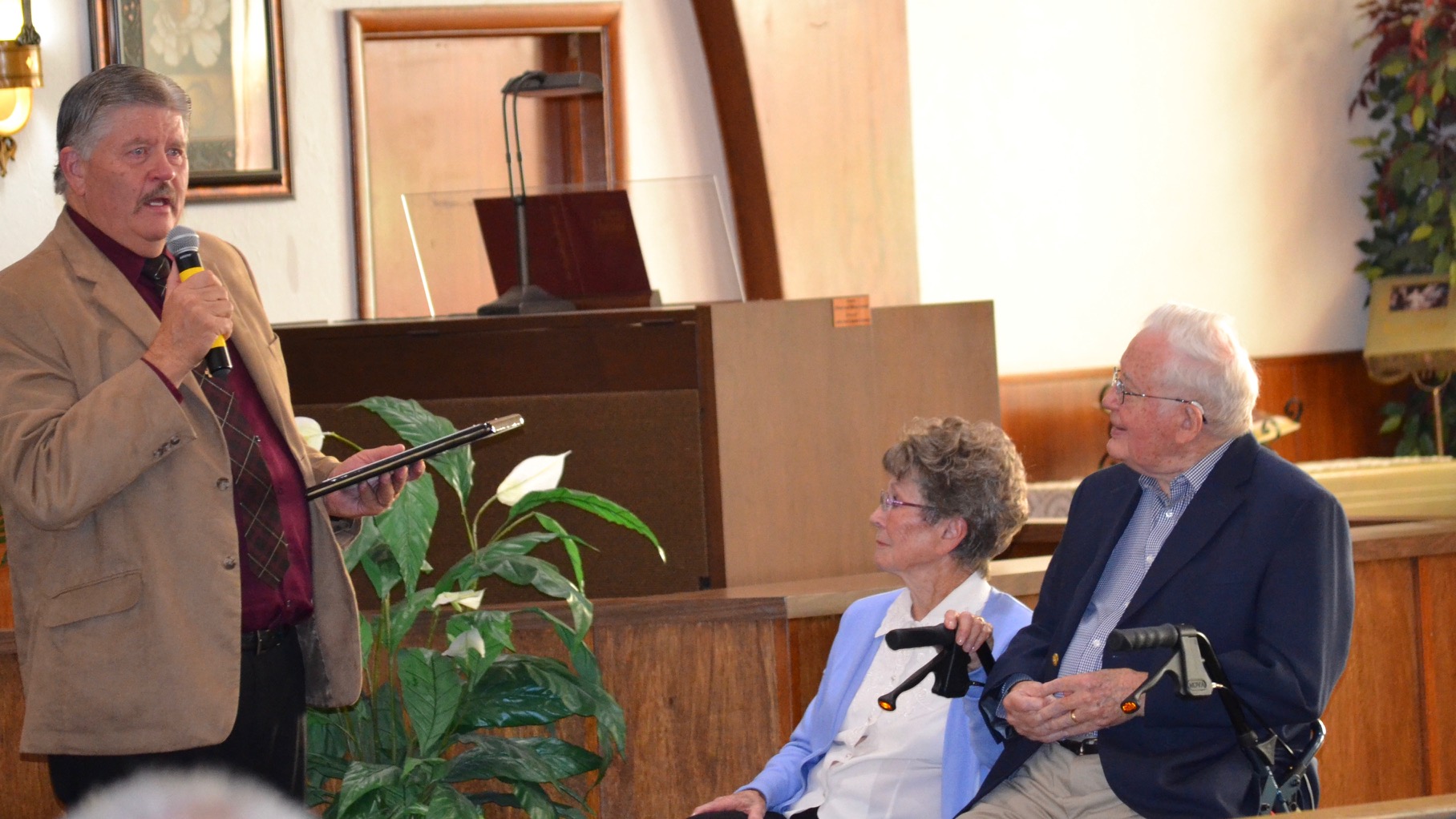 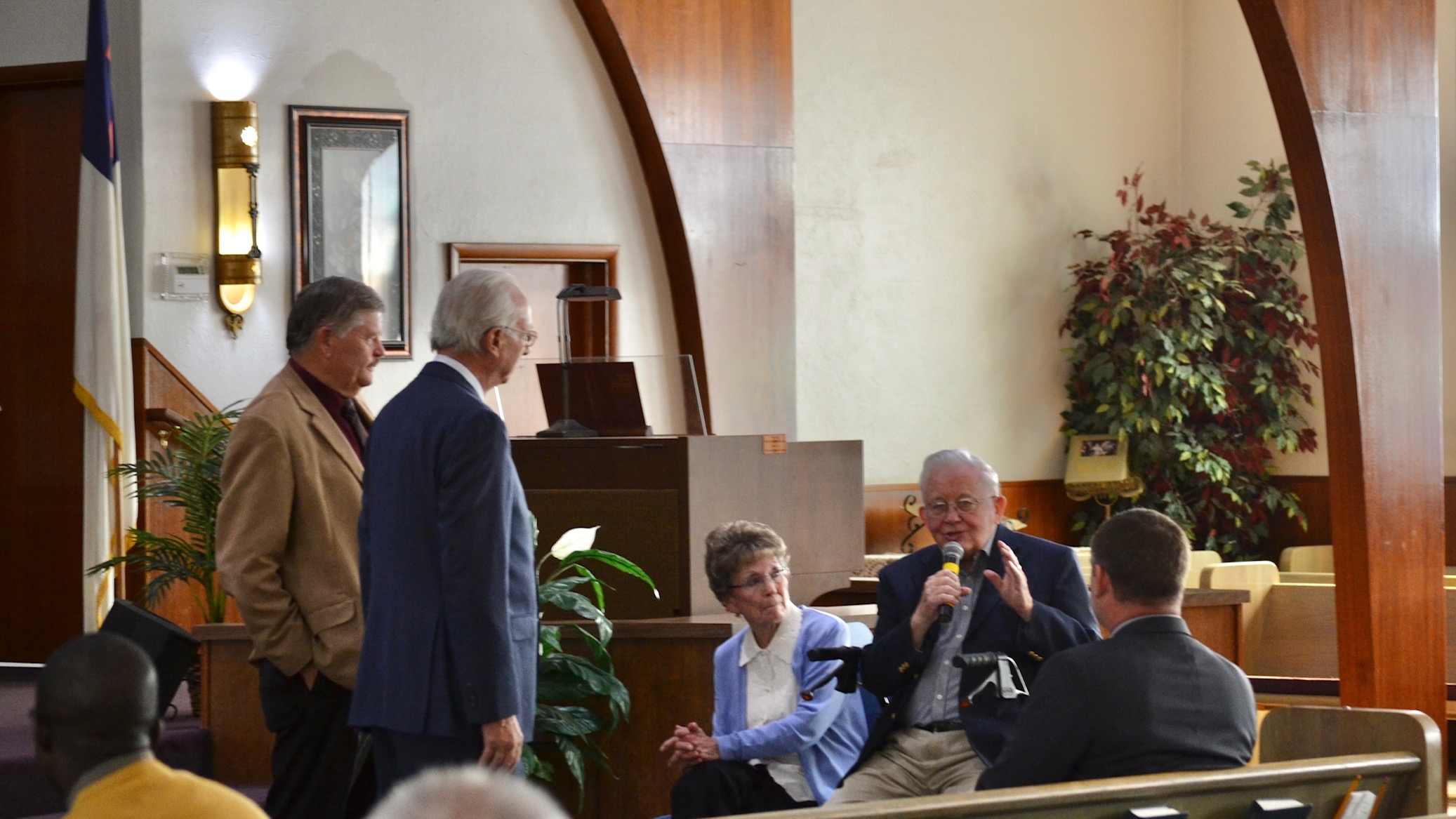 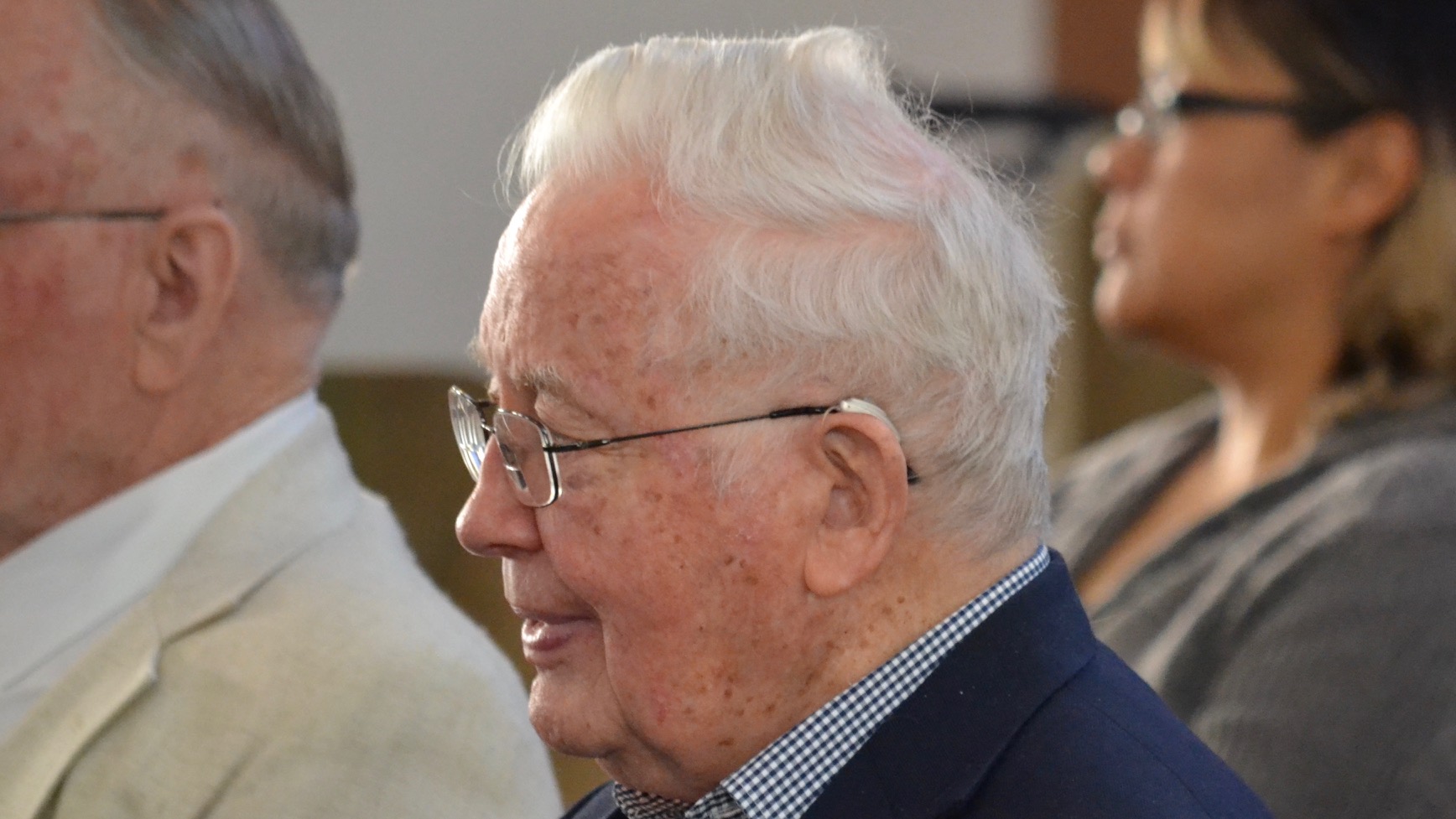 Greeley, Colorado… How do you serve God? The answer: one day and one person at a time. Ralph Darrough was honored on Sabbath, October 26 at the Greeley Adventist Church for living his life this very way – every day. Ralph was honored for his many years of service to his country and to his church. A medic in the Korean War, he later served in several Conferences as a pastor and educator, and most recently as treasurer for Adventist Christian School.

During a church service Ralph Darrough was honored by two principals, Jerry Groeneweg and Jodi Aako, who have worked with Mr. Darrough, as well as by aformer student and later a pastor Rex Bell. ACS Board chair, Dr. Jerry Powell, Greeley church pastor, Jason Logan, and RMC Superintendent Lonnie Hetterle also paid tribute to Darrough and presented him a commemorative plaque at the end of the service. The Adventist Christian School gymnasium was also renamed the “Ralph Darrough Auditorium.”

“Many lives have been touched by Ralph and his wife Lois Waters,” reported Jerry Powell from the Greeley church. It was “selfless dedication to God and country,” that stood out in many years of serving the church.