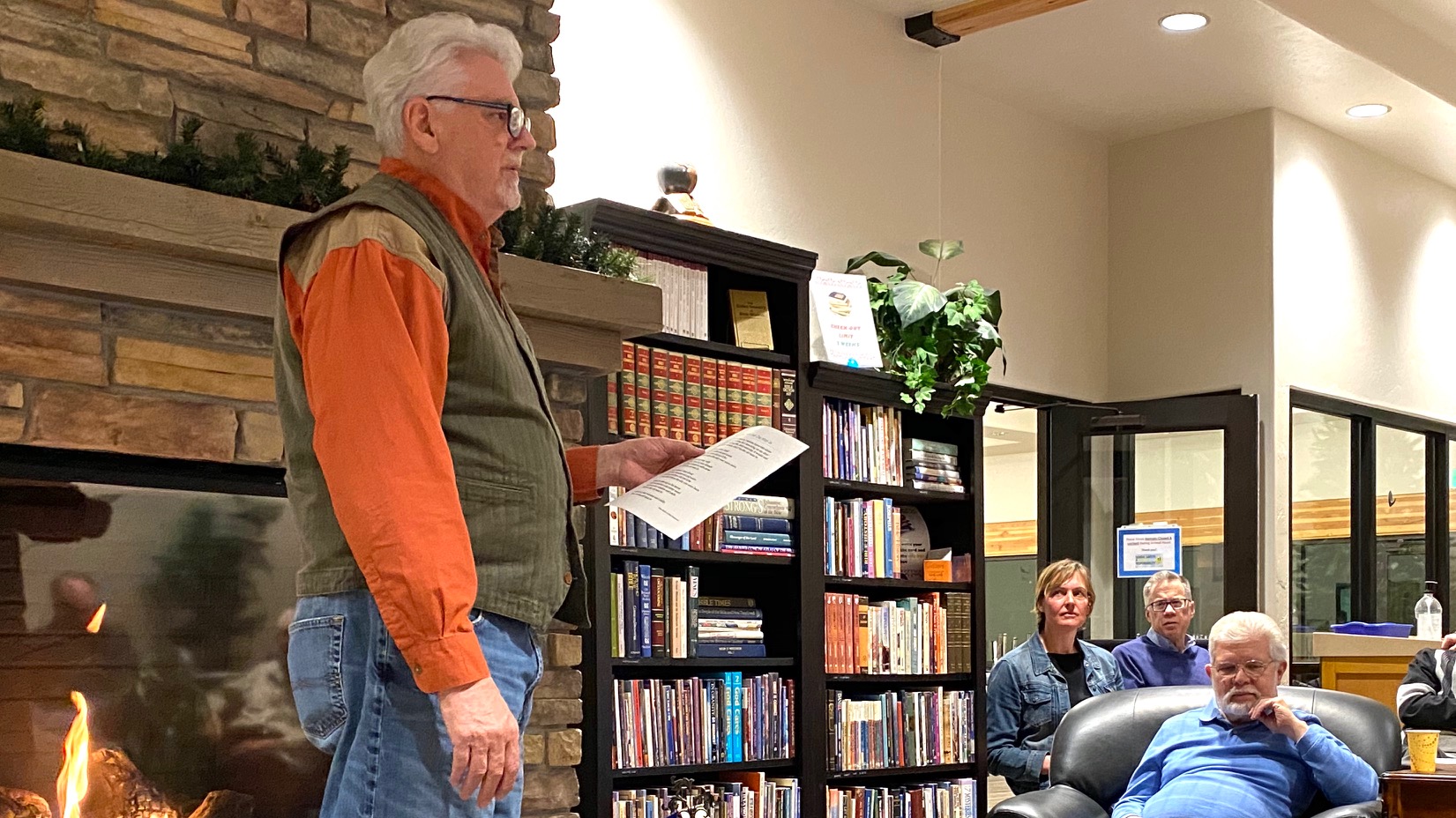 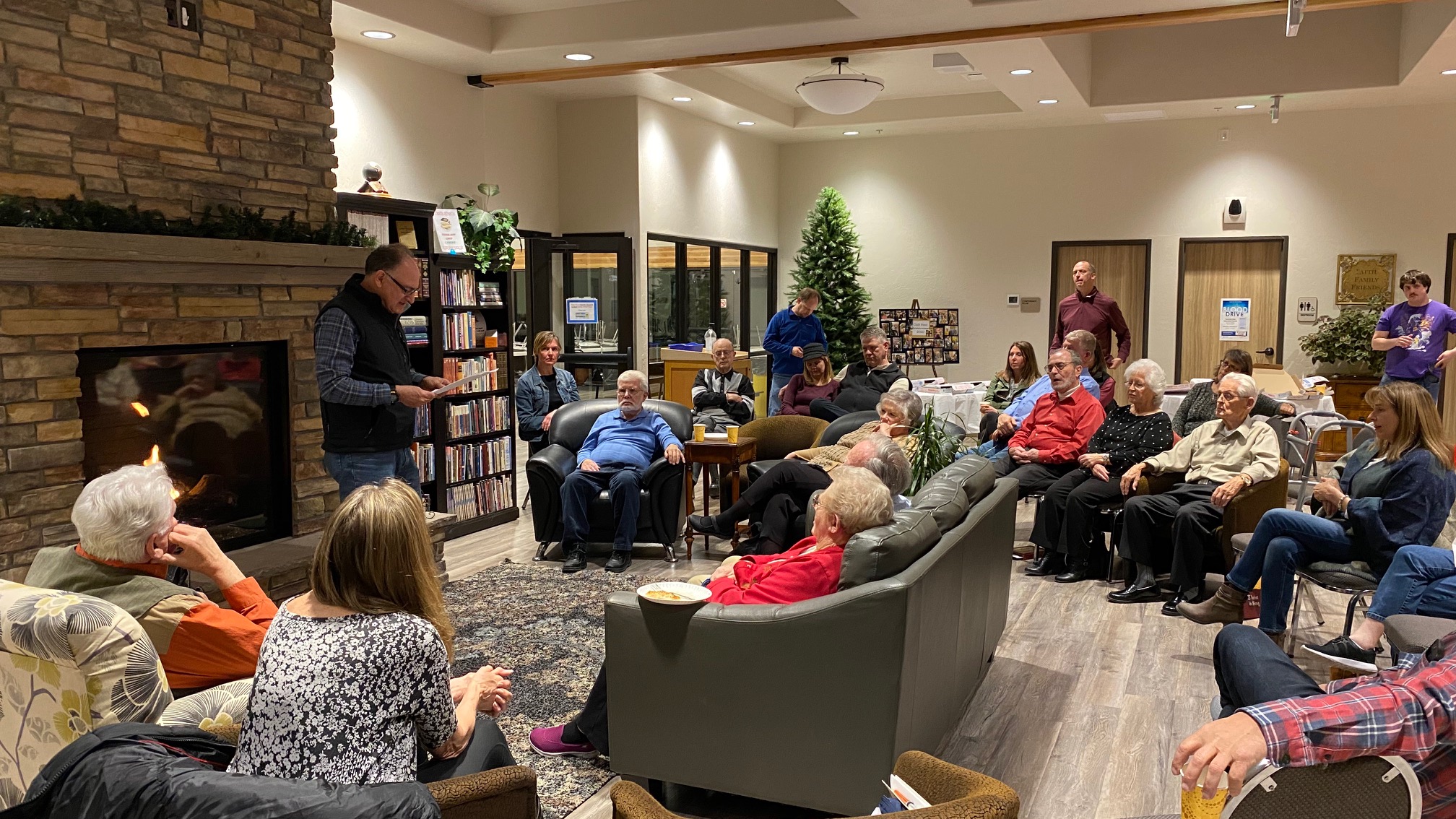 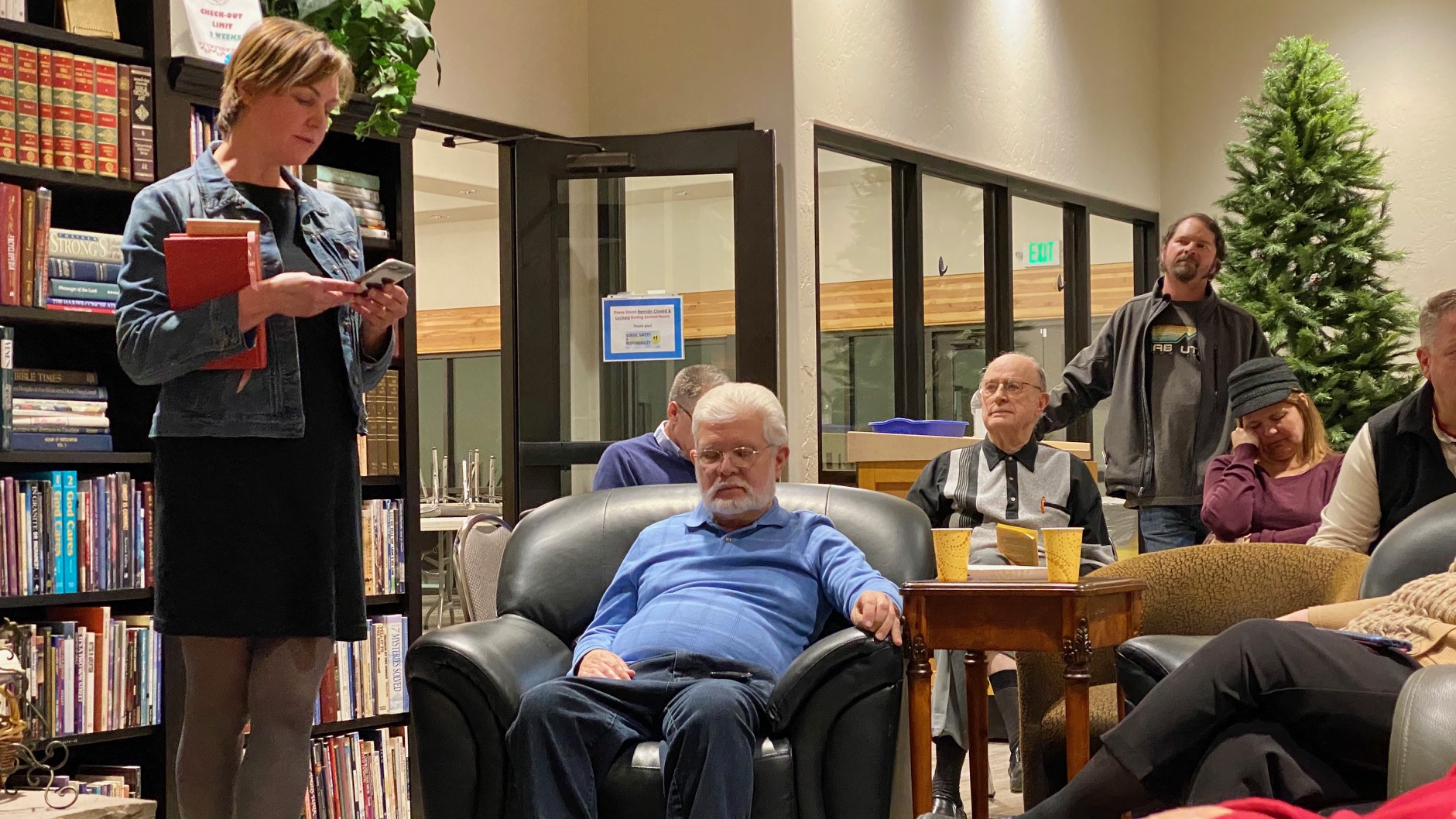 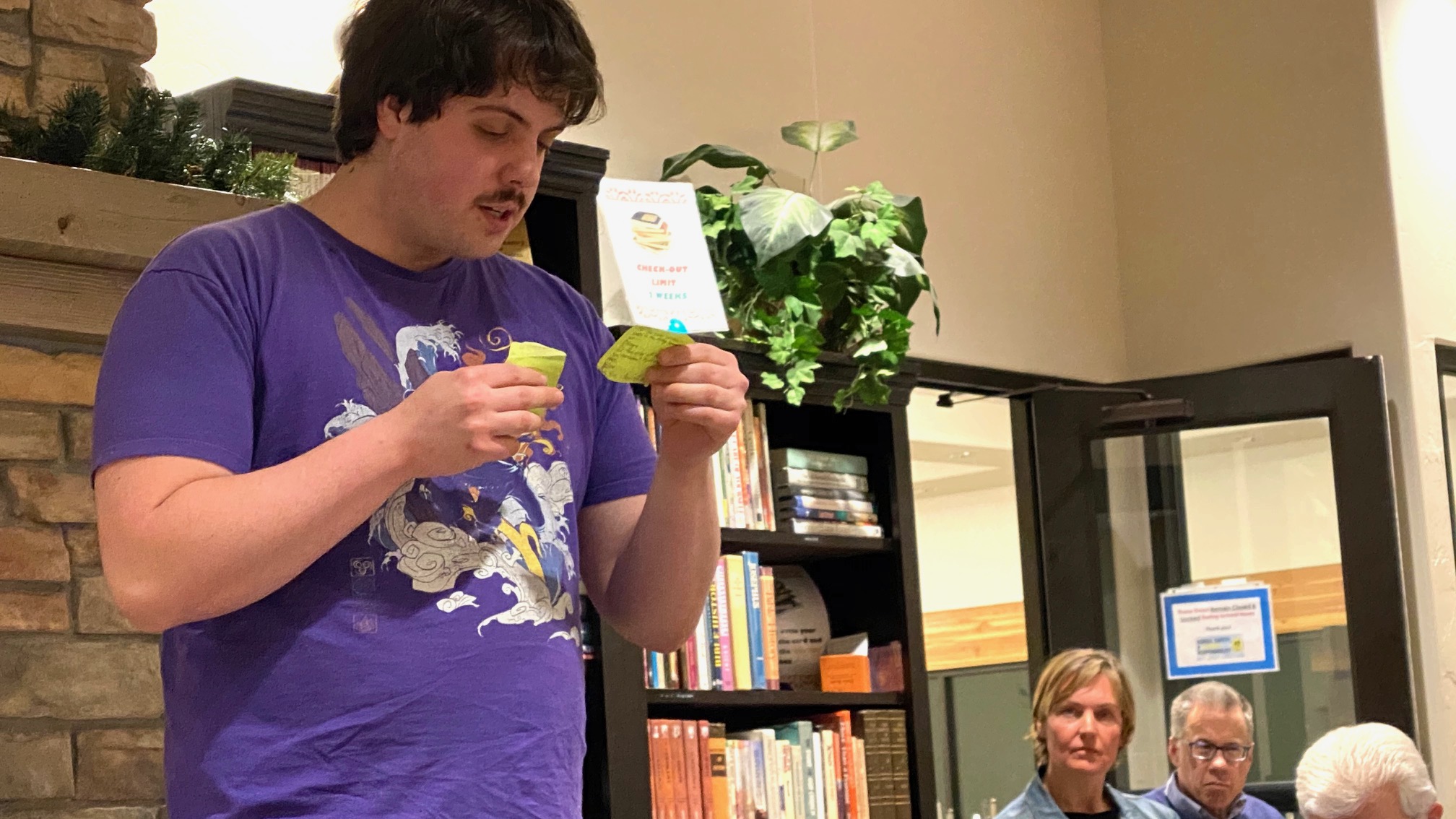 Grand Junction, Colorado … It all started with pies, followed with popcorn, and on February 15, some 30 Grand Junction Seventh-day Adventist Church members, old and young, added another “p” to poetry. The “Pizza & Poetry” event delighted those who attended this popular Connect Ministry event.

Fourteen participants, some of whom have mustered courage and defied vulnerability, read their own poems, read their favorite poems from Google on their smartphones, or brought tomes of classical poetry books.

A brainchild of Karla Klemm, such cultural events “bind people together,” she said. A similar comment was offered by Bernie Hartnell referring to the popular event as “providing the glue for our community.” Bernie, who is known for his creative engineering and related hobbies, read his poem, entitled, “Don’t let the old men in.”

Among those who read their newly penned or favorite poems was a retired pastor, a veteran of the Korean war, a daughter of a railroad man of 49 years, a farmer’s wife, and a local building contractor. The poems included such themes as environmental concerns, patriotism, a meaning of colors, nature, or the difference between hymns and praise music.

While others read their poems nicely typed or from a well-worn book, Taylor, one of the youngest in the group, read his poem from what appeared to be two post-it notes. His poem had colors and ultimately described how the color of Jesus’ shed blood was meaningful for our salvation.

It was obvious that though all shared pizza and salad, it was building the community and enriching it with cultural activity that dominated the evening.

Marti Hartnell commented that an event like “Pizza and Poetry” is “a great opportunity to come together as a church family, socializing and getting to know each other better.” Poetry is a good conduit to serve as a glue to bond people together. Bernie, her husband, added that “fellowship really does not happen unless you have some intimacy on a human level. You don’t get it sitting in church. You get it in a more social realm and that’s what keeps people bonding together.”

For Karla, these events are important since “different ages, generations, come together, and talk together and share. In this world of electronics, we just need to talk to each other.” Her day job is as a dietitian, so why poetry? She answered that “in my life, I enjoy it so much and I thought maybe other people would too. It has been accepted by many others.”

Karla’s husband, David, prayed at the end referring to those who shared poetry and chose “to be vulnerable by sharing [their] human experience.” When others put themselves out there, Karla adds, they show their vulnerability. “Many people share from their hearts. Not everybody always does,” she adds.

Before Karla closed the meeting, she wondered what the fourth poetry gathering would be called. Someone ventured “Pasta & Poetry.” If that’s what they call it, one would hope that the poems will be al dente!

COMMENTARY – And now for some encouraging news …