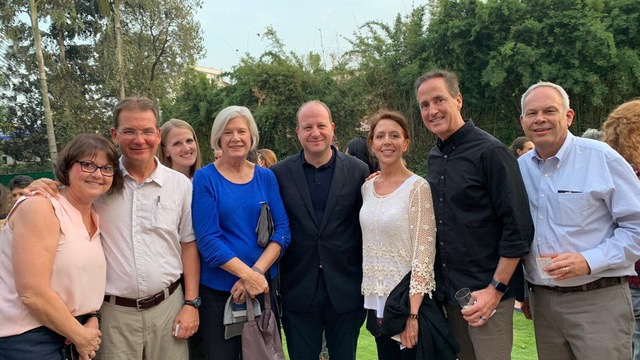 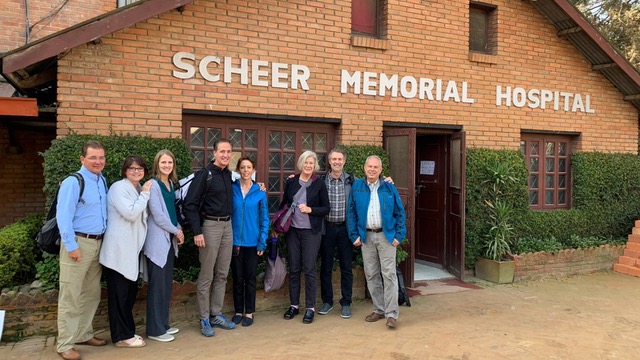 Katmandu, Nepal… A Global Health Initiatives team was honored to meet with Colorado Governor, Jared Polis, as well as US Ambassador to Nepal, Randy Berry, also a Colorado native. The meeting with Governor Polis was a social event organized, November 8, at the U.S. ambassador’s residence to present a new exhibit of American artworks from Colorado, sponsored by the U.S. State Department. Polis was with a small group of business people from Colorado on a trade mission to India and Nepal.

The Centura GHI team on a trip, November 6-18, from the Adventist Hospitals, included several members of the Denver and Front Range area Seventh-day Adventist churches.

Among them were Dr. Dave and Sandy Watson, members of the Newday Adventist Church, Sissel Jacobs, Lynda Kithil, and Greg Hodgson, members of the Boulder Adventist Church, as well as Dr. and Mrs. Dorr from Littleton Adventist Hospital. The Centura Health trip was to provide free surgeries to vulnerable women and training for local providers to decrease maternal and child mortality in Nepal.

“The Governor and Ambassador confirmed their support for GHI’s partner hospital in Nepal, Scheer Memorial Adventist Hospital, and the support that Centura Health has given to Scheer over many years,” Greg Hodgson, director of Global Health Initiatives, Centura Health, reported from Katmandu.