RMCNews … Loveland, Colorado – A refresher on the meaning of hope was the main feature of Colorado’s Northeastern 2021 Camp Meeting, June 5-6. Karl Haffner, Vice President for Student Experience at Loma Linda University, was the speaker and the “author of a bunch of good books,” as the event’s program describes.

Haffner parsed the weekend’s theme of “We Have This Hope,” intro three topics dealing with the seasons of salvation, Scripture, which allows us to encounter the living God, and a chief topic of Adventism’s mission, the Second Coming of Christ.

Haffner is known for telling stories. “He told us stories which touch the heart,” commented Ed Barnett, Rocky Mountain Conference president for whom attending the 2021 series of camp meetings will likely be his last as he is retiring in August after seven years of leadership ministry in Colorado, Wyoming, and New Mexico. He will take with him memories of “meeting fellow believers from 17 congregations again and again and seeing how they have been soaking in the Word. It was exciting time to see everybody,” he said.

For Haffner, being invited to this meeting was “nourishing for one’s soul, not only in coming to Colorado, but also coming to a camp meeting he has not attended in two years,” he remarked. Known for inspiring stories he told NewsNuggets that “there are not enough good stories, and I run out [of them] all the time.” The Sabbath morning sermon featured Scripture with Haffner illustrating his spiritual journey from four different family Bibles–his grandmother’s, father’s, his daughter’s, and his own. “The pages are worn out as they were so often read and studied,” he said. “Read your Bible daily,” he admonished the congregation.

The 2021 Camp Meeting weekend was attended by a somewhat smaller group of church members as the one before the the pandemic hit the world. But you could see smiling faces, people enjoying meeting their friends whom they have missed seeing and hugging for nearly two years.

“I enjoyed Haffner’s messages, especially the one on the Bible. It was powerful and inspiring,” said Don Lopes, pastor of the Northeastern district. He added that “it was so good to be together. We will continue to build up [the event] again next year.”

A similar thought was expressed by Mickey Mallory, RMC ministerial director. “It was great being back together again,” he commented “I am glad the area pastors didn’t give up on making this happen. It definitely was a tremendous blessing for all those who were able to attend.” 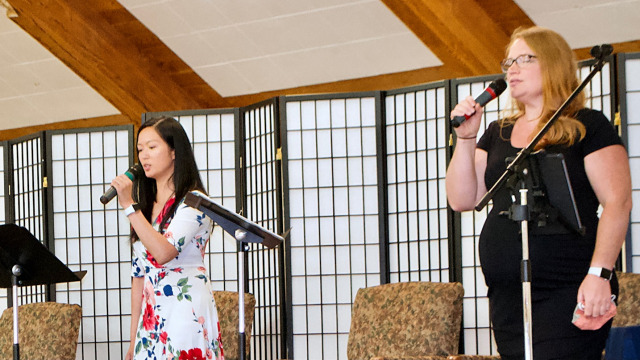 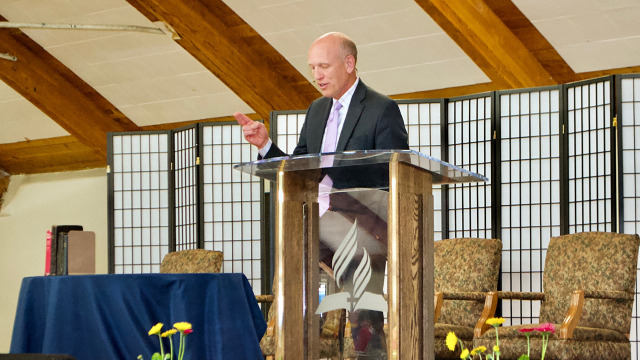