RMCNews – Littleton, Colorado … Conference office staff gathered with Eric Nelson’s family on March 31 to celebrate Nelson’s 35 years of ministry in RMC and to bid him farewell as he moves on to a new chapter of life–retirement.

Limited by large gathering restrictions, the celebration wasn’t limited in the tears, laughter, and appreciation for Nelson’s dedication.

The group enjoyed walking down memory lane as Lonnie Hetterle, former RMC director of education, hosted the hour-long event, which included a video from Nelson’s 93-year-old mother recalling Eric’s passion for ministry at a young age and Craig Carr, former RMC ministerial director reminiscing on working alongside Eric for many years. Former pastoral colleague, Steve Schwartz, who worked with Eric at Campion while they were students, sent a letter reminiscing on their dozens of years in the ministry in RMC, and Nelson’s 3-year-old granddaughter stole the show by wishing her grandpa congratulations on his retirement.

Online comments by individuals blessed by his ministry quickly flooded the chat screen.  “Pastor Nelson, you were a real blessing for Vivien and me during our time in Colorado. Thank you for your wisdom. Thank you for always being there for us,” Ruddy Vivanco said.

Bible worker Harold Alomia recalls the first time he met Nelson. “It was 2003. I had landed in Farmington NM. There was a town-hall event, and the RMC administration was in town. Eric was there and was friendly and encouraging to this unknown kid from Peru working there as a Bible worker.”

“Over the years, Alomia continued, “Eric has been a presence in my ministry–a friend, a mentor. He was supportive, caring, and firm when needed during my time in RMC. Eric, thank you for your care and for your ministry. You and Jerene are a blessing and it’s a privilege to have looked up to you as a leader.”

As the event drew to a close, George Crumley presented Eric and his wife, Jerene, a small financial gift of appreciation from the Rocky Mountain Conference. Ed Barnett, RMC president, becoming emotional at times, closed the event by thanking Eric for all the support, mentorship, and friendship over the many years.

Eric expressed his appreciation to those who had gathered, saying he was trading in his work hat for his cowboy hat. He shared how he will miss the daily work, but that he is committed to staying connected to RMC as a church member. 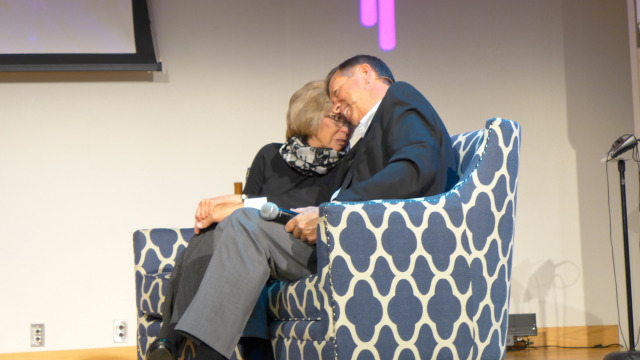 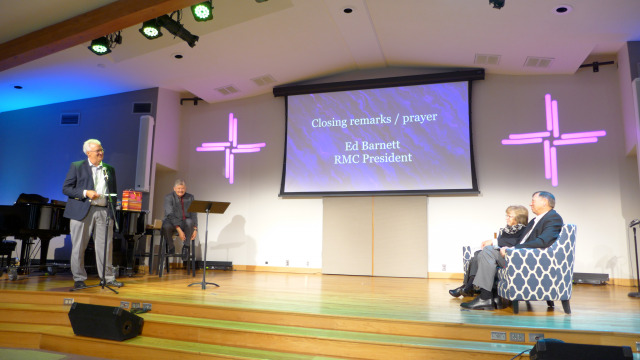