By Love Pickle – Loveland, Colorado … Students in the seventh and eighth grades at HMS Richards Adventist School are reaching out to the community by participating in the literature ministries (LM) program.

The program has been a mission of seventh and eighth-grade teacher Carey Jordan. “It’s been a dream of mine since I started teaching,” said Jordan who has been working with Matt Hasty, RMC literature ministries director, and the school board to make this dream a reality.

After recent approval by the school board, the students have been able to go out twice and plan to continue once a month for the rest of the school year.

This experience has created a desire within students to continue sharing the gospel in their community. “LM is actually a lot of fun. I am glad to bring people to Christ, and maybe they can be saved,” Warren, a seventh-grader, enthusiastically shared. When asked how it felt to be rejected, he responded, “I respect their choices, and I don’t want to force anything upon them.”

Another seventh-grade student said, “LM is great, but sometimes I get nervous when I don’t know something.”

Jordan told how she witnessed the students’ attitudes change during their first LM outreach: “The kids started so nervous, but when they came back, they asked when they could do it again.”

Being part of literature ministries requires a lot of patience, determination, and the mental capacity to overcome challenges. Another student, Elin, found it difficult to talk to strangers and pray with them at first, but still pushed herself to do so.

Eighth-grader Michelle recalled an unforgettable experience where she and her peers knocked on a door and met a woman who had undergone many brain surgeries and has an uncertain prognosis. Hence, the students gathered and prayed for her. Seeing seventh and eighth graders reaching out to adults in such a way made school secretary Aubrey Nelson emotional, with tears rolling from her eyes. Reflecting on the event, Michelle added, “It makes me feel better to pray for other people.”

Even when people don’t make a purchase, the students are still happy when people who open the door, are filled with hope that they might open a lot of hearts.

The money collected from LM goes toward sponsoring a mission trip for the students. If pandemic restrictions prohibit the trip, the funds will be sent to Maranatha.

–Love Pickle is a senior at Campion Academy; photos by Carey Jordan 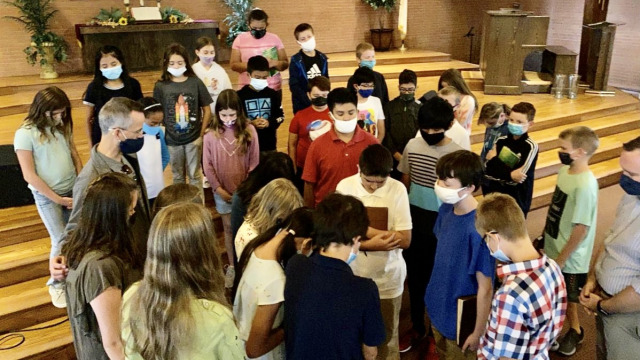 By Love Pickle – Loveland, Colorado … Reminiscing about days gone by, 450 alumni returned to Campion Academy, September 18, where they spent the formative years of their youth, in order to reconnect with friends and classmates.

Alumni walked through their old hallways and witnessed the changes to the campus that have taken place over the years. Reflecting on the changes, especially the new pavement made in the past 70 years, Arlene Reeder-Russell, class of ’51, was filled with joy, “I am just thrilled with the changes. Everything that they have done has been marvelous. I like everything about alumni weekend, and I come almost every year.”

The Reeder Golf Classic began the weekend of activities, fellowship, and reconnections.  After the competition, alumni and students gathered to enjoy a time of socializing in the cafeteria while enjoying a meal prepared by the chefs of Campion Academy. The evening concluded with a vespers program featuring the Voice of Prophecy’s Discovery Mountain actors and an afterglow around the fire pit to sing praise songs and enjoy s’mores.

“It’s been ten years, but it feels like two. So much has happened in our lives, and it’s weird being back,” Jessica Montoya, class of ’11, commented.

The next morning Sabbath School featured a panel of staff alumni sharing their Campion experiences. Inductions to the Hall of Faith presented during the morning included Kathy class of ’72, Kevin Binder class of ‘73, and Kenneth Gregerson class of ‘71, who were recognized for their long-term dedication to the academy. The alumni of the year award was dedicated to H.M.S. Richards class of 1914.

The music department serenaded the attendees with student arrangements in handbells, orchestra, choir, and the select choir, Koinonia.

“It is just exciting. I was excited to come back and see all the staff and some friends who are still here. It is nice to see the fountain and that the picnic tables are back. It is nice knowing that the current students can have a better year,” said a fresh alumni, Nelly Salinas class of ’21.

Concluding the weekend was the highly competitive volleyball and soccer games pitting alumni against students, in which alumni dominated both matches. 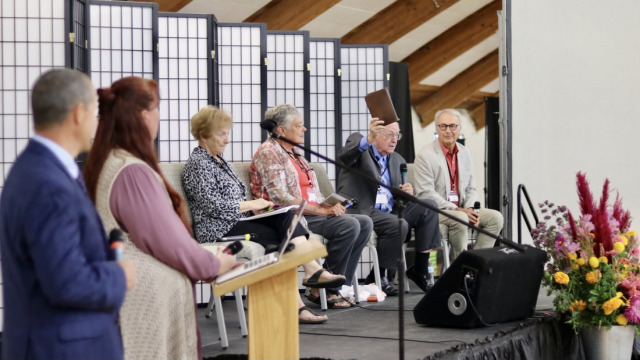 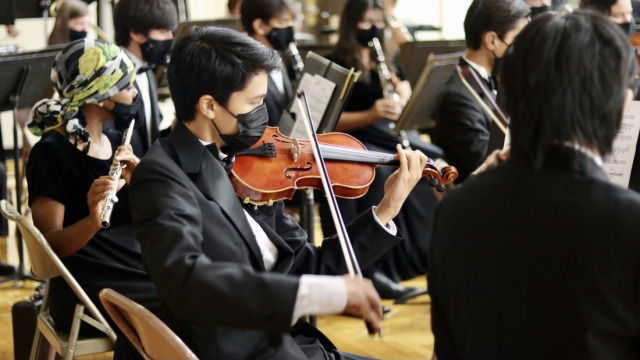 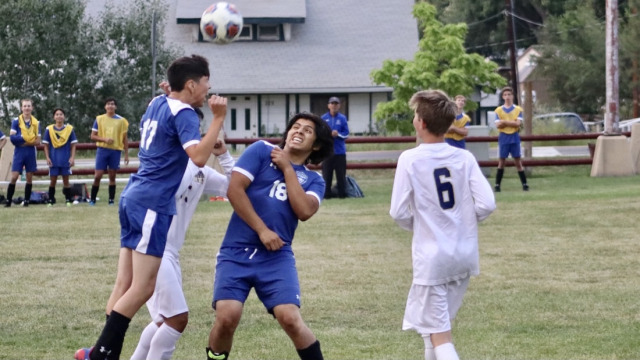 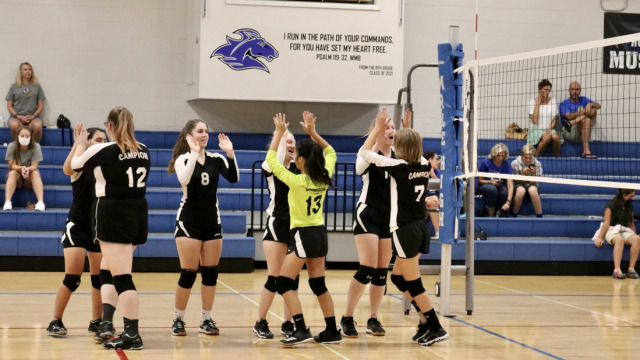 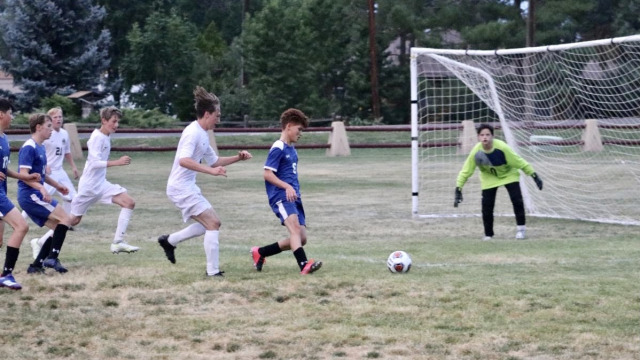