By Lora Lee Mendez – Fort Morgan, Colorado … The Purple Party will rule the Lighthouse Adventist Christian School in Fort Morgan this year, according to the official election results from principal Pennie Wredberg.

Lighthouse Christian School students participated in a mock election exercise during October to better understand the civic process the country is currently going through.

“I wanted them to understand the voting process, but more importantly, I wanted them to realize that it takes a team to win, not one person,” Gabriel Mendez, Lighthouse teacher said.

Mendez obtained voting stickers and started to prepare the kindergarten through fourth grades to be a team.

After the students were divided into teams, they picked a party name and a symbol from the provided options. The match-up was decided: The Orange Party, the penguins; the Purple Party, the polar bears.

The parties decided on the classroom/school policies they would support and picked one which would be the central focus of their campaign. Finally, students nominated a presidential candidate.

Pupils were assigned tasks and decided on responsibilities for team members.

“I asked to be the speech writer and they said I could”, Lisette, a fourth-grader, shared. Others choose to create posters and slogans, and to oversee the distribution of posters by placing them strategically throughout the school.

Press releases were written to unveil their party’s platform, symbols, and values. With election rules decided and ballots created, the upper grades made voting booths and decorated them for Election Day.

With final speeches polished by the speech writers, candidates made one final effort to win voters over to their side. There was only one thing left to do–vote.

Two by two, students entered the classroom and cast their votes, the candidates anxiously waiting for the votes to be counted. When the winner was announced as the Polar Bears, students erupted into applause.

The real winners, in Mendez’s opinion, were the lower grade students, who got to know how a campaign runs and about the teamwork necessary to make everything pull together for a successful campaign. 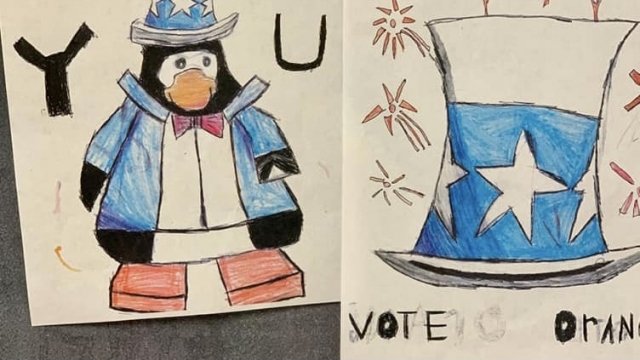 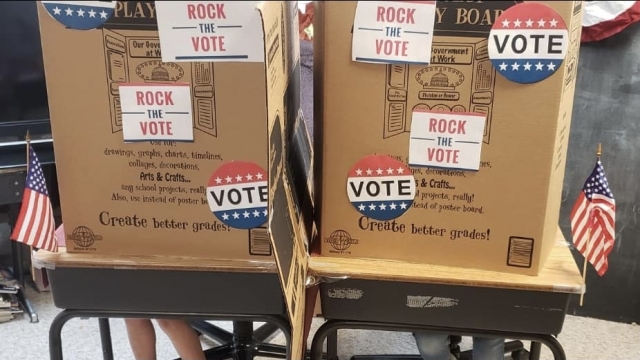