By John Clark – Cortez, Colorado…No pies this fall at Cortez Adventist School; instead, a day filled with games, laughter, and fellowship.

With the ongoing pandemic, the Cortez school realized their annual pie auction, the fall fundraiser, couldn’t happen this year. This was disappointing news to many who looked forward to the auction.  Not admitting defeat, organizers began to plan an alternative fundraiser event, a fall festival.

“We had lots of games, some food, bake sale items, and a silent auction. People purchased tickets to use at each booth,” John Clark, Cortez church pastor said.

Rain threatened to cancel the event earlier in the day, but it held off.   The wind, however, made it difficult to hold everything down and, according Clark, “Duct tape was our friend” as they worked to secure the attractions.

As the afternoon was concluding, the smiles and laughter from the crowd were the evidence that the festival was enjoyed.

“The kids all had a blast, and we did earn some necessary funds for our school,” Clark added. “It was a success, and we will continue holding the Festival in the future. We learned a lot and have several ideas to incorporate next year.”

–John Clark is pastor of the Cortez Church; photos supplied. 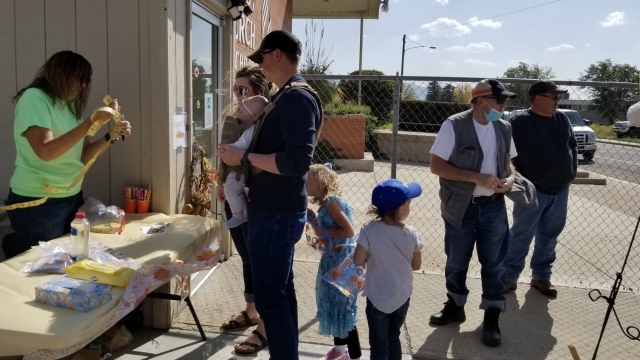 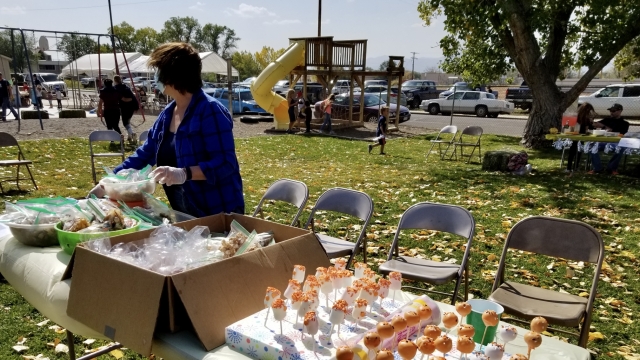