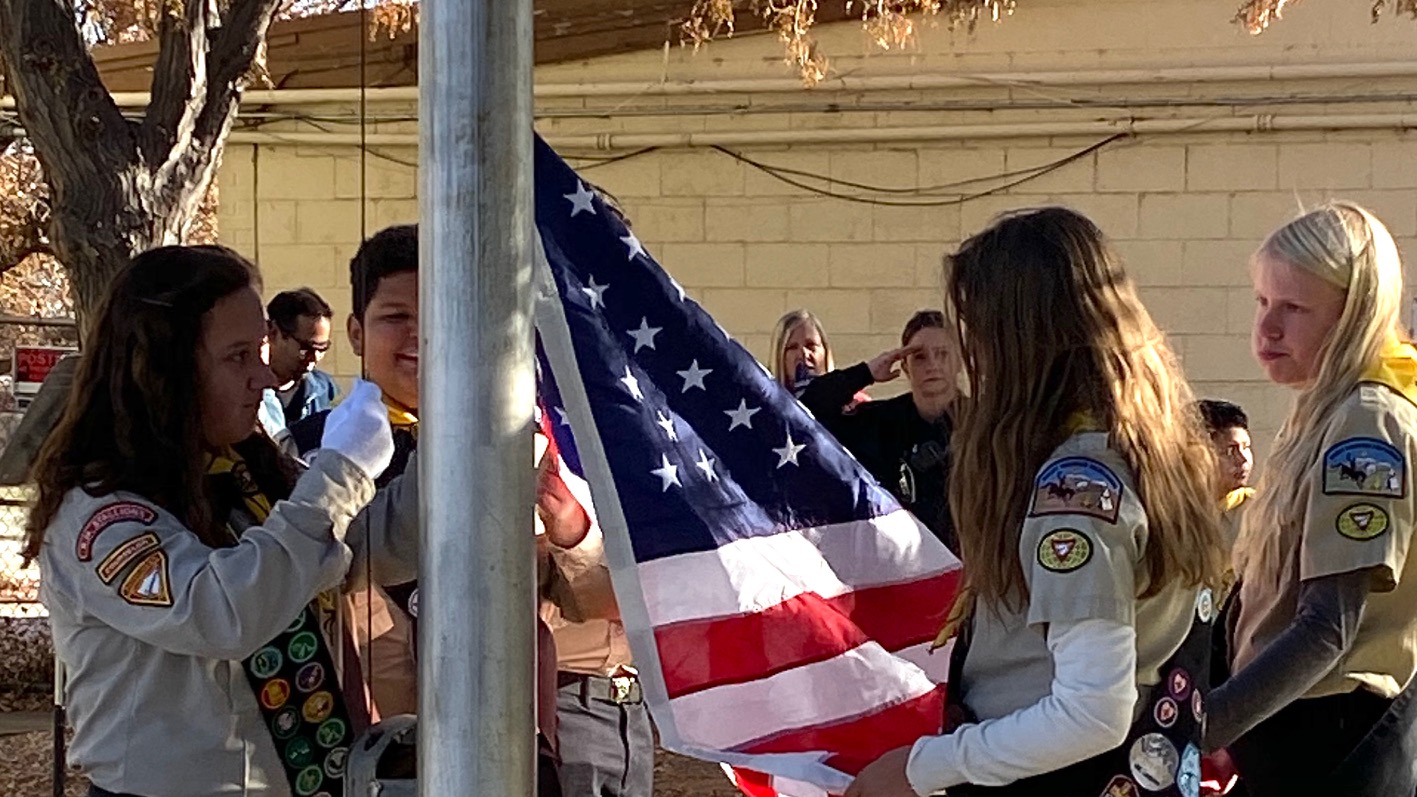 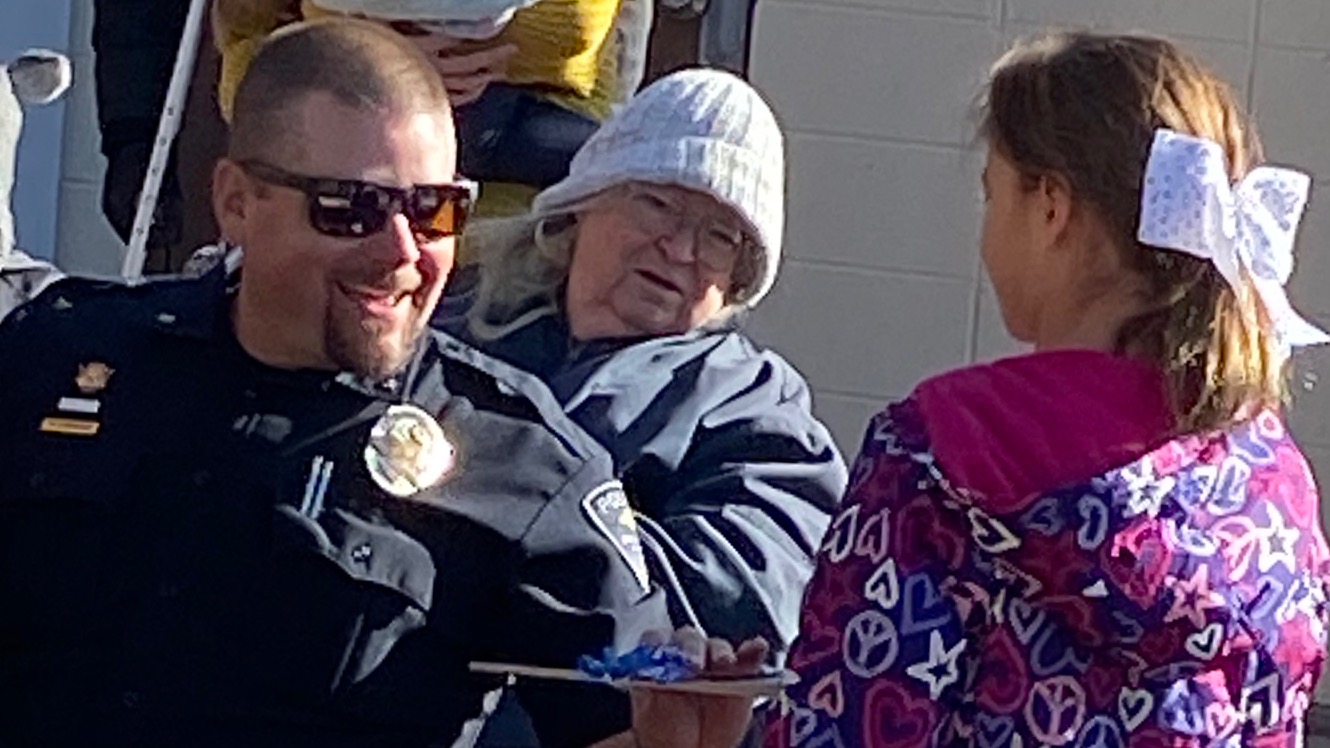 Brighton, Colorado… The students of Brighton Adventist Academy witnessed and performed an appreciation event for their veterans, local heroes, on November 12. The event began with a gift, which the school had received – an extremely special flag that had been flown over our nation’s capital. To celebrate Veterans’ Day, the staff and students of Brighton Adventist Academy made a decision to fly the flag over their school for the first time.

Many local citizens were invited to attend. It included police officers, firefighters, city officials, and of course, veterans. There were several attendees whom the students knew but all the same they were pleased all came. Jodie Aakko, BAA principal, coordinated this event. She welcoming the guests, and presented a plaque explaining how the flag was received from our nation’s capital.

Bob Dunkin, the former BAA music teacher, played the song America the Beautiful on a trumpet. “My favorite highlight was when Mr. Dunkin played the trumpet. It was cool to see the teacher who taught me to play it,” said Angel Villalobos, grade ten BAA student. Tributes to the honored guests were then presented by the BAA Student Association officers .

It was a moment to remember. As the flag was raised, the BAA Student Association president, Angel Villalobos, played the national anthem on the trumpet. The congregation stood and recited the Pledge of Allegiance.

The preschool students presented posters to police officers and firefighters, in conjunction with their social studies unit. The veterans, firefighters, police officers, and city officials were presented with small gifts of appreciation. The program ended with a prayer, and the student body thanking their guests for their service.

“I liked the flag raising because I got to see lots of people I knew and I learned new things about the veterans,” said Olivia Evans, grade four BAA student.

“There were a bunch of cops and firefighters. I was surprised that they brought their fire trucks and police vehicles. I also liked when Mr. Dunkin played the trumpet. It made me feel inspired,” commented Tommy Thompson, grade eight BAA student.