By Airi Nomura – Ward, Colorado … All Campion Academy seniors have made it through some difficult times in their lives–the first day of school as kindergartners, those awkward years in middle school, Zoom, and the first three years of high school–but could they survive their greatest test yet? Like a weekend in the outdoors with no camping tents and working together as a team to survive the elements.

In late August, seniors boarded the bus to depart the luxuries of campus for Glacier View Ranch for the annual senior survivor weekend, where students would bond with each other and get to know Jesus more.

Their survival in nature started after dividing the seniors into groups. The first task was making their shelter in the trees and rocks with only tarps. After the perilous-looking tarp bedrooms were finished, the groups worked together to cook all their meals.

Reflecting on the adventure-filled weekend, new Campion senior student Gabriel Olvera commented, “It was nice to make new connections and new friends. The activities were fun, and it was fun cooking for myself and everyone.”

Every night, all the seniors gathered around the campfire to discover and go deeper with Jesus. “It was super fun to experience senior survival because it’s known as a bonding experience, and I think that’s what it did for our class,” reflected Regan Garman, Campion senior. “I really enjoyed our last worship together on Saturday night. That was really special to me when we did communion and washed each other’s feet.”

Students participated in activities designed to build cooperation and trust between them, including trust falls, a spider web, and nitro crossing. “The activity I enjoyed the most was the trust fall because I felt like I could actually trust my classmates. At the beginning, I was very scared, but it was relaxing and relieving when they caught me,” Duda De Oliveira Campion senior said.

As the seniors departed GVR, they were different from when they arrived.  New friendships had been formed, trust was created, and they were not only individuals who attended classes together, but a close-knit senior class.

To view a student-produced video of the event, click here. 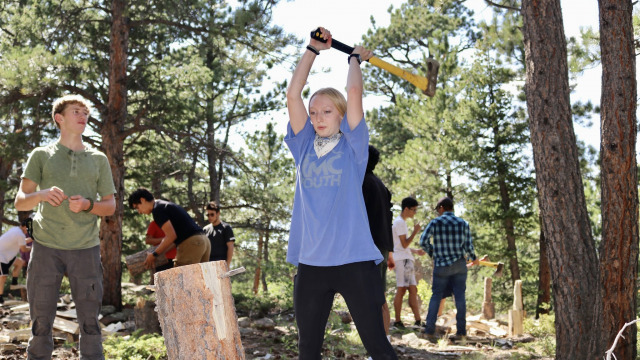 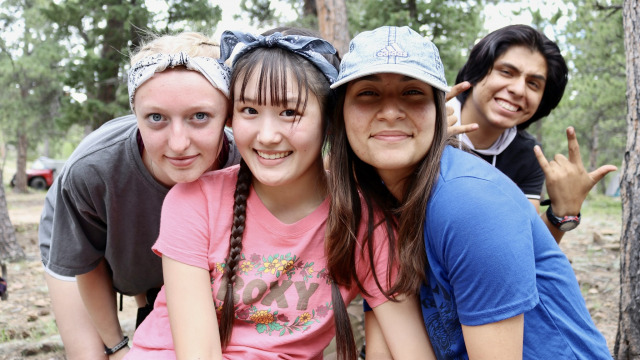 Twenty children from different denominations in the community gathered nightly in August for the five-day event. The VBS included fun and adventurous activities including, crafts, games, and a chance to begin or continue a walk with Jesus.

Reflecting on the event, Julia Chavez, Olathe VBS coordinator, was thrilled with the community attendance. “Ten of the children were from different faith backgrounds,” she expressed joyously.

The event concluded with a special evening where families joined the children for a closing program which began with fellowship over a meal. Ruben Balaguer, pastor of the Olathe Hispanic church, presented the final Bible story to the group of kids who listened attentively to the story, which demonstrated that the small acts we do can make a big difference.

Reflecting on the week-long adventure, Balaguer commented, “We thank God for those children who were able to learn Bible stories, sing new songs, play with new acquaintances, and enjoy an unforgettable week. It was wonderful to share the gospel with the community children who may have never heard stories about the heroes of the Bible.”

The certificates handed to each youth at the closing ceremony will be a lasting memory for their time at Hero’s Vacation Bible School.